Gay marriages have faced one stumbling block after another over the past fifty years. Some of the highlights of that history include: 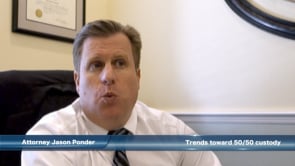 The decision broke new ground for gay and lesbian couples, however it also brought the question of how divorce would be handled for these same couples. Same-sex couples that are married must now make use of the court system when things go wrong. Whether adopting children together, arguing about how to split up the marital assets, deciding how or whether alimony will be awarded, and determining custody decisions, the U.S. courts are now just as involved in the lives of same-sex couples as they are in the lives of heterosexual couples.

Are the “Rules” for Dissolving a Marriage the Same in Gay and Lesbian Relationships?

And, for the most part, the rules of dissolving a marriage are much the same. As an example, if your marital home is only in one partner’s name, the other might not be able to legally claim his or her half in the equitable distribution state of Florida, particularly if one partner owned the house prior to the marriage. There are, however, differences in same-sex divorces, many times because the law has not quite caught up to the 2015 decision. California family attorney Michael Bialys told the Huffington Post that the trickiest part of same-sex marriages is “knowing when the clock starts on those unions, which affects common divorce issues like the division of property.”

As an example, assume same-sex partners began living together in 2000. In 2009, they became domestic partners, as allowed by the laws of their state. In 2012, the couple was married under the laws of their state, and then in 2015, after the Supreme Court decision, the couple decides to divorce in the state of Florida. The issue becomes, which benefits of marriage are those partners entitled to retroactively? In states that recognize common-law marriage, the clock on a union begins once that couple has passed the time threshold under state law, even if there was never an official marriage. This means the couple’s community property begins either when the common-law marriage is first recognized, or when the couple officially marries, no matter how long the couple was together prior to that.

Many gay and lesbian couples may find themselves in a veritable “no-man’s land” should they decide to divorce. In some instances, same-sex couples have been forced to remain married due to the fact that states which allowed them to marry with no residency requirements required them to have residency and proper jurisdiction to file for divorce. As an example, suppose a same-sex couple resided in Massachusetts, yet later, prior to the 2015 Supreme Court ruling, moved to a state, which did not recognize their marriage, such as Texas. In this case, one of the parties would have been required to move back to Massachusetts for an entire year in order to file for divorce.

Since this is a demand that was practically impossible for most couples, many simply resigned themselves to remaining married. Again, using Texas Common Law Marriage as an example, suppose a same-sex couple has cohabited in the state of Texas for many years, holding themselves out to be a married couple. Following the 2015 Supreme Court decision, is that couple now in a legally binding common law marriage? If so, if the couple separates, could a divorce be filed? What if that same couple separated prior to the Supreme Court ruling, and now one partner wants to file for divorce. Is the common law Texas marriage statute applied retroactively? How does this situation affect the division of community property?

Another area which can prove tricky for same-sex couples is custody. This is due to several factors. First, are the more traditional perceptions of child caregiver roles that typically favor mothers? How does this perception play out when custody is in question, yet there are two mothers or two fathers in the equation? There is also the question of biological ties. Does the child in question share DNA with one of the parents? Or perhaps the child shares DNA with neither of the parents.

These issues have been called a Pandora’s Box by many, simply because each case which comes before the court could have very different circumstances. In a heterosexual couple, when the wife gives birth, there is a presumption that the female is the child’s parent. The question, then, is how this applies for a lesbian couple? Obviously only one of the mothers can actually give birth to the child, therefore is the other mother required to adopt, and will the “presumed” parent still have standing? What about a case in which a gay couple adopts children conceived through a surrogate, using the sperm of one partner—does the non-biological parent has legal standing in a custody battle?

This very issue is currently being played out in a New York courtroom, where two women who are divorcing are arguing the question as to which of the women is the legal mother of the children. Judge Deborah Poulos ruled that the children conceived in California—where the two women were in a domestic partnership, then were married—have both women as legal parents. Judge Poulos acknowledged there were many complex factors involved in the decision, including the issue of whether the sperm donor—a friend of both women—should be given any parental responsibilities or rights.

Other issues include whether California law is valid in New York, and how their parents raised the children. Kelly Steagall and Farah Martin have three children together. Steagall gave birth to the eldest child, while Martin gave birth to the younger two.

After Steagall and Martin separated, Martin sought to deny Steagall’s parental rights to the two younger children on the grounds that Steagall never adopted the children. There also existed the issue of the very informal insemination process used for all three children, which essentially left their legal parentage in doubt. The judge decided to base the case on California law, so long as it did not conflict with New York law. This was complicated by the fact that the states had vastly different marriage laws at the time, not to mention different factors that would decide the parents of children of a same-sex couple.

So, other than timing issues for the marriage itself, and complicated custody issues, other parts of a Florida divorce are much the same for a same-sex couple as for a heterosexual couple. Many of the divorce statutes which have been a part of Florida divorce for decades have been modified over the past few years. Like most states in the United States, no-fault divorce is allowed in Florida, making it unnecessary to claim fault in a divorce, such as adultery, mental cruelty or abandonment. In a no-fault divorce, the partner filing for the divorce must only allege there are irreconcilable differences.

Every state protects its jurisdiction, ensuring appropriate laws are applied, and Florida is no exception. In order to prevent your divorce case from being dismissed, you must make sure that you meet Florida’s residency requirements. Many people believe they must file for divorce in the state where they were married, but this is not the case. In order to file for a divorce in the state of Florida, either you or your spouse must have resided in Florida for at least six months prior to the filing of the divorce petition as per Florida statute 61.021.

In order to ensure your divorce does not drag out any longer than is absolutely necessary, it is important that you understand the differences between a contested and uncontested divorce. If you and your spouse cannot agree about anything, then you will likely have a contested divorce. This means you cannot even agree about whether you should get divorced as well as the division of assets, the allocation of debts, the award of spousal support, child custody or the creation of a Parenting Plan.

The Problem We Will All Deal With 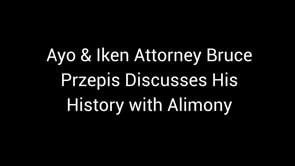 It is easy enough for congress to pass laws. More difficult, but still relatively easy is the process by which the courts interpret those laws. The process of interpretation is the way we have arrived in the current state of affairs for gay and lesbian couples. But then we have to deal with the pink elephant in the room: what is the exact meaning of everything that has transpired?  A feature of our society is the process by which we test, refine, and challenge laws and court decisions for the ultimate end game of reaching a clear mutual understanding of societal rules. For gay and lesbian couples the process of reaching that clear mutual understanding has a decade or more to play out.

There are concepts as simple as nomenclature on legal documents and forms. The terms husband, wife, and biological parent now have shifting meanings. It will take years to establish new definitions and reshuffle nomenclature as the law evolves.

Custody and parenting will never be the same but the two terms will remain in motion for the next decade. Current Florida law establishes presumptions of legitimacy for children when born into an intact marriage. Will that same law operate the same when the birth father is not part of the marriage and the marriage consists of two female partners? The answer to that question and many related issues will be hashed out in years to come during the expenditure of millions of dollars in legal fees and court time.

Entitlement to alimony will be a major issue in times to come. We are already faced with a multi year legislative effort in Florida that has a goal of reshuffling traditional alimony rights. It is a contentious and heartfelt issue. With the evolution of gay and lesbian marriage we must not throw the alimony issue into an already explosive cauldron. The courts have barely begun to deal with the recent evolution in ideas concerning alimony. Same sex marriage will no doubt throw the process of alimony arguments into chaos.

Gay and lesbian marriage is now a relatively simple and understood concept. Gay and lesbian divorce will not be completely understood for at least a decade. The road between now and a universal understanding of the rules will take thousands of court hearings and many millions of dollars. But we have set this process moving forward and for many people there will be an opportunity to enjoy the same legal rights as the general population. Whether that will be a good or bad thing remains to be discovered.