Home » Employee Laws in Florida » When Does an Employer Have to Pay Overtime?

When Does an Employer Have to Pay Overtime? was last modified: March 3rd, 2016 by Howard Iken 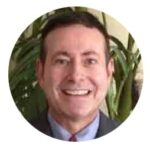 Many employers in Florida violate the law when it comes to paying their employees overtime wages for the work that was performed. Many times, they do this out of ignorance of what the law requires.  Some employers refuse to properly compensate their employees when it is brought to their attention. Our attorney Sara Evans discusses common situations and how to address them. 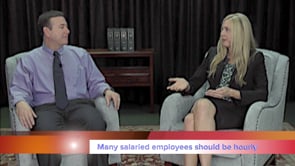 When Does an Employer Have to Pay Overtime?

Howard Iken:            This is Attorney Howard Iken, and today we’re going to our legal information studio, where we’ll have Sara Evans discuss overtime. When employers have to pay you overtime, and what you can do if you don’t receive the proper amount of overtime. We’re here to talk with Sara Evans, and Ms Evans is an attorney in the firm of Ayo and Iken, and Ms Evans concentrates on wage and hour law, and also family law. Good morning.

Howard Iken:            Today we’re going to talk about overtime issues. In particular, when exactly should someone be paid overtime, because I understand there are some issues or problems with that in general. Are there actual problems?

Sara Evans:                In a lot of cases people are not compensated for their overtime. You’re supposed to get paid 1.5 hours additional for every standard over the 40 hour workweek you work.

Sara Evans:                Some people have been misclassified. If you’re classified as a salary employee you don’t get compensated for overtime, but a lot of those employees are really not salary-based. They really should be hourly-based, and that’s where the whole overtime issue comes up a lot in legal practice.

Sara Evans:                Yes. Actually the Department of Labor has even come up with app those people can use for free to calculate their time, just to make sure they’re getting paid for every hour. People also don’t get compensated when they work from home. Sometimes your boss will send you an e-mail, that’s considered time. You should be calculating that and trying to get paid for it.

Howard Iken:            Now wait a minute, I looked at a e-mail every now and then, and I’ve been in all kinds of different positions in my lifetime. I don’t think I’ve ever been paid on the weekend, or evenings, for just looking at an e-mail, but realistically it only takes me ten seconds to look at an e-mail. Are you saying there’s rules governing that?

Sara Evans:                The Federal Labor Standard Act. It covers everything regarding these type of disputes. If you’re not being compensated correctly, it might only be ten minutes on the weekend, but if you add that up every weekend that’s a substantial amount of time.

Howard Iken:            Let me take this to the furthest extreme. Let’s say it applies to me, and I’ve worked in positions before, like I said, where I’ve checked an e-mail. Let’s say Tuesday night rolls around, and I’m supposed to check if I have an e-mail, and I look and I have one e-mail from work, and it’s something I take ten seconds to read. Then I read it, I close my computer, and I’m done for the night. How is that handled?

Sara Evans:                You would want to first probably talk to an attorney, because a lot of times what we’ll do is write a letter for you, and demand money from your employer, ’cause…

Sara Evans:                There are also for every violation a certain amount of money that you’d also put on top of that. You may, the first easier route would be talking to your boss. Saying when you’re having me work on the weekend I’m actually supposed to be compensated for this time. If that doesn’t work, maybe tell them I’m tracking it now. I would suggest using something like the app I mentioned earlier, and track all the extra time that they’re asking you to put in. If you see a certain amount build up, then it’s probably worth it for you to look into trying to get some of that money back from your employer.

Howard Iken:            All right. I’m sorry, I’m a bit of a trouble maker. Let me take this to the extreme. I check for two e-mails every single night. It takes me ten seconds per e-mail, but I have to do that every single night during the work week. What should my employer be paying me for that?

Howard Iken:            Let’s say ten seconds, sure. Ten seconds max, I look at it, it registers in my mind. I make a little mental note to do something the next day at work, and I close my computer. Do they have to pay me for that?

Sara Evans:                They do have to pay you, but the amount of time that you’re putting in there, if it’s not even up to a minute it’s hard to even track. That’s why if it’s ten seconds, that’s almost debatable. Are they requiring you to do this when you get home?

Sara Evans:                I would say more of times where you have to actually respond to these e-mails, where the time would really build up. Do you ever have to respond to any of these?

Sara Evans:                It would be worth it for you overall for the additional compensation you get, because if they are willfully, after you telling them that you do have problem, there’s an additional thousand dollar penalty for any willful violation, on top of the actual time.

Howard Iken:            Let’s just say I get the thousand dollars, and I get paid for a minute here, and five minutes there, and ten minutes there. How do I pay for my attorney?

Sara Evans:                Firms like one I work out will take that on a contingency basis, which means we will take care of that part, because the attorney fees will get paid by your employer.

Howard Iken:            Why do some of these work places do this if they know it’s illegal, and they really should be paying people, why do it at all?

Howard Iken:            I have to say, if I were working somewhere I’d be afraid to make some trouble, and ask them to pay me overtime for some time I’m spending. Are there any protections, or can they just retaliate against me.

Sara Evans:                No, there are definitely different productions against you too. There’s wrongful termination suits you can file against them for that type of action, if they did let go right after you did bring up a lawsuit.

Howard Iken:            Is that spread around, different employers, or is it in the newspaper, or anything like that?

Sara Evans:                If you put it in the newspaper, if you go out and reach out to media, then yes, but on it’s own, most of these lawsuits don’t hit the front page, unless they’re Class Action lawsuits.

Howard Iken:            I’m not that crazy about going to court for really minor things. Do people always need to go to court on something like that.

Sara Evans:                No, the majority of these lawsuits are settled outside of court, so you would never see a courtroom.

Sara Evans:                The employers know they’ve done something wrong, or they don’t want to spend the expenses for an attorney, so they will make a settlement offer to you, generally in these cases. That’s how most are resolved.

Sara Evans:                You would have to look the different; if it was willful, and see if there is any additional penalties. You’ll get the total amount that you were seeking, plus additional penalties if it is willful. On top of that the salary part, I mean the hourly part will be calculated to actual time that you’ve missed out on. We would first make an offer over to the other side, and sometimes there’s negotiations that go on. It would depend on the whole circumstances of your case.

Howard Iken:            Now I remember in my past that sort of thing happened, and I’m sure that pretty much includes everyone else, all over the world. They have past employers where that has happened. Are they out of luck if they’re not working somewhere anymore?

Sara Evans:                All of Florida. It’s a federal, you’d be filing Federal Court, so the Middle District Court is where I file most of the suits, but anywhere in Florida.

Howard Iken:            If someone contacts you do they have to write a check to you, because let’s face it, people who are underpaid don’t have a lot of money to hire an attorney.

Howard Iken:            Let me just clarify this, and this is on behalf of all the people who might see you, they don’t have to pay anything when they hire you?

Howard Iken:            Is this something that people should do when they haven’t been paid overtime?