Home » Divorce » How Long Does a Divorce Take in Florida ?

How Long Does a Divorce Take in Florida ? was last modified: March 10th, 2018 by Howard Iken

How Long Does a Divorce Take in Florida ?

How long does a divorce take in Florida?

Most people facing divorce desire to move on with their life as quick as possible. But because the Florida family law courts and related divorce statutes strictly govern the divorce process, a divorce must go through some well-defined, predictable steps. There are some generalizations about typical types of divorces and how long they take to conclude. The following list shows general timelines for each type of divorce case. Keep in mind the generalizations shown are only for Florida divorce courts:

An uncontested divorce case is defined as a situation where both spouses are in complete agreement on every single detail. That includes parenting arrangements, child support and alimony to be paid (if any), division of assets, division of liabilities, who gets tax exemptions, etc., etc. There cannot be any arguing, any issues in the air, or any competitions to win on any point. Both spouses must cooperate; sign everything in a quick, efficient manner, and the work together to “fix” any paperwork or procedural issues with the divorce process. An uncontested divorce usually takes the shortest amount of time of any other type of divorce. One thing to keep in mind: attorney conducted uncontested divorces are normally the quickest to finalize because attorneys can exert direct control over the scheduling.

Total Time Needed to Get a Florida Uncontested Divorce: 4 Months

An initially contested case is the most common type of Florida divorce case. Contested cases are traditionally prepared, filed with the court, and then “served” on the other spouse. That involves a private process server personally delivering the documents to the

other spouse. Most, if not all of the issues in the case are contested. But the absolute number of contested issues does not matter. Further, it does not matter if both spouses agree they want to become single individuals. The case is still contested if just one issue is in disagreement. A common misconception is where both spouses want to become single but they still disagree on finances. The fact is: if either spouse is arguing over anything, no matter how little, the case becomes contested. Fortunately, the vast majority of initially contested cases settle at a “half-way point” in the divorce process. The halfway point is usually the time the parties attend mediation. Even though the case began as a “contested case” they end up as an uncontested case. That is why we refer to them as “initially contested.” Based on the vast flow of cases, we can make some predictions about this type of very common divorce case flow. 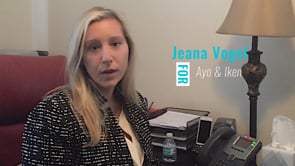 A contested filing is a bit more intensive than an uncontested filing. You must gather and organize more intensive financial documents for disclosure to the other party. The degree of required accuracy is higher due to the fact that contested issues may hinge on your factual disclosures. You must also prepare for the realities of a contested, competitive case.   The requirements are more exacting and take a bit more time. Unless the case begins as an uncontested filing – you cannot relax about requirements and you cannot take anything for granted.

This step depends on the willingness or stubbornness of the other party when it comes to being found. Some people “dodge service” or in other words they work hard to hide from the process server. In rare instances this can lengthen the divorce process by a month or more. Private process servers tend to be faster, more resourceful, and more efficient than local sheriff’s deputies.

After the process server delivers the Summons and Petition to the other party, they have 20 days to file an answer. This is normally a predictable period of time. But be aware that attorney-lead divorce cases can take many twists and turns. There are numerous, legitimate ways to significantly delay a case.

Every contested case requires both sides to send the other party a minimum-specified set of financial documents. The minimum documents normally required include paycheck stubs, tax returns, bank statements, and retirement account statements.

There are specific timelines but in general the financial disclosure / discovery process takes three months. Keep in mind that fully contested cases that proceed to trial have must more intense and time-consuming requirements. Depositions are procedures that can draw out the timeline for a divorce. But typically a deposition only occurs in a case with large amounts of money at issue.

Parenting Course (if children) – concurrent with other tasks

Florida requires a 4 hour parenting course completion from both parents (if there are children). You can normally take your course immediately before or after the case commences.

Mediation – 4 to 5 months from filing

Most initially contested cases come to a conclusion at mediation. Mediation is a semi-voluntary negotiation process. Florida requires mediation in all divorce cases. Most divorcing spouses completely settle their case at the mediation conference. When a divorce case settles at mediation, the time to get a divorce is significantly shortened. Mediation can be done through the courthouse (official program) or through a private mediator. Selecting a private mediator can trim some delay from the divorce process.

*Fact: The percentage of florida divorce cases completely settled at mediation ranges from 70% to 90%

A successful mediated agreement is normally filed with the court immediately after the mediation. After that – the parties must arrange for and attend a final hearing. 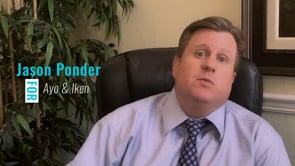 A special situation to note for some self represented couples …. most non-attorney represented cases are assigned to a special type of judge called a General Magistrate. The General Magistrate has the power to dissolve the marriage. But there will be an additional 10-day delay before your divorce is fully finalized. There will be no such delay if a Circuit Court Judge handles your case.

The scheduling of your final hearing is dependent on the calendar and availability of the judge. As previously stated, attorneys have a better ability to call the judge’s office and grab a relatively quick date. The speed of your divorce is a bit more up in the air if neither of you have an attorney. The flow and timing of your case depends on “internal mechanisms” of the courthouse when attorneys are absent from the case. Some jurisdictions have an internal case manager to monitor and ensure the efficient flow of cases. Some jurisdictions rely on the clerk of court. A few jurisdictions depend on each judge’s office to move their cases forward. Because of this any cases without attorneys are a bit more unpredictable in their time line.

These are the type of cases you hear about. These are type of cases no one really wants. But a certain percentage of cases go to trial. The process from beginning to end for a contested case is long, delayed, and unpredictable. A contested divorce case can take anywhere from nine months, to three years. Occasionally a Florida divorce case can last up to 5 or 6 years. But an extreme situation such as that is rare. 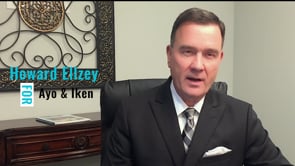 In a case that goes to trial, the first half normally looks identical to the previously described “initially contested” case. The case needs to be prepared, filed, and served. There is normally a 3 – 9 month process of financial disclosure. The court always orders mediation. The parties always attend mediation because it is a requirement in almost every court in the State of Florida. Each and every step may take significantly longer because both sides conduct a more intensive, more exacting process. The financial disclosure requests are almost always longer; more detailed, and go back more years. Both sides may decide to return to court multiple times to enforce disclosure requests. Both sides may decide to refuse disclosure requests though specialized court hearings. The entire process is contentious and expensive. Delay is common and sometimes used as a strategic weapon.

Depositions – the hallmark of a high-conflict case

When either side conducts a deposition it is usually as sign the case is high conflict. It is also a reliable indicator the divorce case will be extended in length – far past the ordinary case. Depositions are an out of court proceeding where each attorney asks questions and a court reporter types everything down. Each deposition can consume significant time and money.

The final trial in a divorce case can last anywhere between 4 hours and 2 weeks. The most typical trials are one day in length. While a divorce trial only lasts one day – the preparation and lead in to a trial can take up to a year. But the typical prep and lead in to a one-day trial is approximately 5 months.

Most judges desire to move their cases along to their ultimate conclusion. But the large variety of procedures, variations in courts, and personal preferences of judges bring a huge variation to the average length of Florida divorces.   Based on the experience of the attorneys at Ayo and Iken, the overall average time it takes to get a divorce in Florida is 6 months.