What is marital property?

Marital property in Florida is anything acquired during the marriage with money earned while married. It does not matter whose name the asset is titled in. There are many unique rules that govern gifts, inheritances, retirement accounts, and family businesses. 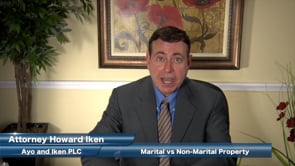 The general rule in a Florida divorce is that the court considers and divides up the “marital” property of the ex-spouses and that the non-marital property of each party remains with the spouse that owns that particular property. In dividing up the marital property, the court is expected to be guided by principles of equity, making sure that the marital property division treats both spouses in a fair (but not necessarily in an exactly similar) manner. Although a property division might not necessarily be 50/50, the property division should be such that each party is treated fairly and exits the divorce with a similar amount of the marital estate. As opposed to community property states Florida is an equitable distribution jurisdiction. That means we start with a presumption of a 50/50 split but then apply hundreds of rules in an effort to make the division more fair.
Of course, the first step of a property division requires the court to determine what is and what is not marital property. This is not always as simple as it sounds: it is not as simple as looking at when a particular asset or piece of property was acquired. Instead, Florida statutes provide courts with guidance in determining whether a particular asset or property is marital or non-marital property. The word “guidance” is used because courts and judges in Florida have incredible discretion to do what they believe is fair.

Marital property is divided by the court in a Florida divorce. Florida Statute 61.075 describes what constitutes marital property. It includes: 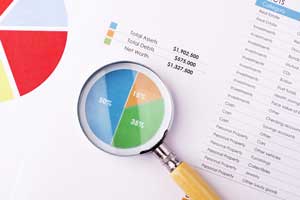 Or consider a house owned by the wife. She used and owned the house before she met and married the husband, and her name appears on the mortgage and title. After the two married, however, both of them spent a considerable amount of money improving and adding on to the house. As a result of their efforts, the house appreciates in value. That appreciation would be considered marital property.

o   The property must be subject to joint control and ownership;

o   Both spouses must have an identical interest in the property;

o   The parties must have been married at the time they acquired the property;

o   The spouses’ interest must have been granted by the same instrument; and

o   The spouses’ interest must have began at the same time.

Tenants by the entireties offers certain protections and benefits for married couples; however, owning property in this manner will result in the court presuming the property so held is a marital asset. If one spouse wants the court to treat the property differently in a divorce, he or she has the burden of showing that the presumption is incorrect and that the property is in fact separate, non-marital property. He or she must do so by “clear and convincing evidence.” 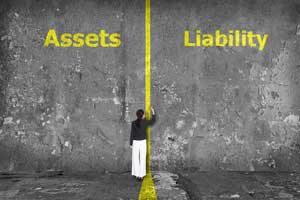 Non-marital property (sometimes called separate property) is property that is not included in the marital estate and is thus not subject to division by the court. Instead, whichever party owns the non-marital asset will keep that asset after the divorce. Non-marital property includes:

As if determining what is marital property and what is separate property is not difficult enough, sometimes spouses complicate the process because they have commingled – that is, combined – marital assets with non-marital assets. This frequently occurs when one of the spouses has an individual banking account in their name only before the marriage but, after marriage, they add their spouse to the account and allow their spouse access to the account. Or they pay marital debts and expenses (groceries, bills, etc.) from the account. If the parties are able to agree what portion of the asset is marital and what portion is separate, the court will likely adopt that agreement. But what if the parties cannot agree? In such a situation, the court may need to step in and determine what part, if any, of the asset is separate property.

Assets and property are not the only things that get divided during a divorce; the liabilities and the debts of the spouses get divided as well. Similar to assets and property, liabilities are classified as either separate and non-marital or as marital liabilities, depending on who incurred the debt and when it was incurred. If a debt is found to be non-marital, then the spouse who incurred the debt will be singularly responsible for the full debt following the divorce. If, on the other hand, the liability is found to be marital, the court may order that both parties continue paying the debt jointly or that some marital assets be sold in order to satisfy the debt. For instance, Jesus’ student loans incurred before marriage will likely continue to be his separate debt, whereas credit cards used for purchases during the marriage will likely be considered a marital liability.

By seeking the advice of an Ayo and Iken attorney early in a divorce, a party has a greater opportunity to protect property that is meaningful and significant from division by the court.

Howard Ellzey is not only a fabulous attorney, but he is a great caring, compassionate man, he really took my case and problems to heart, and worked them as if they were his own, knowing that a person is in a very delicate and vulnerable position when an attorney is required to step in, is really where he excelled, using “kid gloves” to really help me understand what I was going to be going through, and really going the extra mile, to help bring me peace of mind and comfort, I was blessed to find such an attorney, I completely recommend Howard’s services, his skills are are well honed, and he certainly knows what he is doing in the pressure cooker of a court room, one consultation with the man will show you what I mean, a consummate professional, with the experience, knowledge, and know how, to bring anyone who hires him, the same blessing I experienced.