Paying Child Support When You are Not the Father was last modified: March 19th, 2018 by Howard Iken

Paying Child Support When You Are Not the Father

Can I stop paying child support if I am not the father?

Florida law is mostly protective of children – not dads. There are many situations where someone who is not the father will be obligated to pay child support until the child is an adult. Being on the birth certificate is one instance. Another is as simple as telling everyone you are the dad. Paternity law is a complex subject and tends to force people into a long term child support bill. The most important thing is to examine the facts and act quickly.

In a statistic which some may find surprising, a full third of all children born in the United States each year are born to unmarried parents. Historically, the only way to definitively prove paternity was for the mother of the child to file a paternity suit, however more recently, the laws have changed to allow either parent to file a paternity suit to establish the father-child relationship. Depending on the results of the DNA test, the child’s birth certificate will be changed to reflect—or remove—the name of the father. If paternity is definitely established, child support will be ordered by the state.

The Legalities of Fatherhood

The Florida court systems, as well as the family court legal systems in virtually every state, are designed to protect the rights and best interests of the child. When parents are married and a child is born, the child is considered “legitimate,” unfortunately bringing a label of “illegitimate,” to the child of unmarried parents. Under Florida law, a man may be a “presumptive” father, a “putative” father, a “prospective” father, or an unmarried biological father. When a child in Florida is born to a married mother, the husband at the time of the birth is considered the presumptive (presumed) father.

The putative father refers to a man who has no legally established relationship to a child—because he is not married to the child’s mother—but who either claims to be the biological father of the child or who is alleged to be the biological father by the mother. A prospective father is defined as the person who claims to be or has been identified as a person who could be the father of a child. If a man: 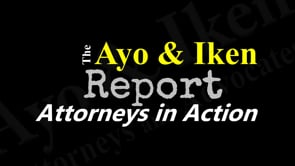 then he may be identified as a prospective father. Whether an unmarried biological father in the state of Florida has rights to the child, can get quite complicated. If the father is listed on the birth certificate of the child, he is considered the legal father, however, Florida statute states that “the mother of a child born out of wedlock is the natural guardian of the child and is entitled to primary residential care and custody of the child unless…a court states otherwise.” This essentially means that if the parents are unable to come to an agreement regarding time-sharing, the mother, under Florida law, can make that determination.

Paternity is distinguished from legitimacy specifically to potentially allow shared fatherhood duties with no alterations in the child’s legitimate status. In some cases, a man who has been shown to be the biological father of a child may have no parental rights, while parents can stipulate in a divorce that the husband is not the father of the wife’s unborn baby. If the baby has already been born, the father may be required to file for a termination of parental rights in the event of a divorce, should the wife state the child is not the husband’s biological child.

What Legal Implications Does Paternity Have?

Essentially, if paternity is established, the father has both an obligation to provide financial support to the child until the child reaches the age of majority, and has the legal right to visit the child or engage in timesharing of the child with the mother. If the parents divorce within two years of the birth of the child, or the mother and father have never been married, a man who believes he is not the biological father of the child can petition the court to disestablish paternity via DNA.

How Does Disestablishment of Paternity Come About?

You might wonder how such a thing could happen. Suppose a couple is living together, but not married. A baby is born, and the assumption is that the baby is the product of this relationship. The couple may then decide to break up, and the mother applies through the Florida Department of Revenue for child support, or applies for food stamps or subsidized health care. At this point, the Florida Department of Revenue is fully involved. Child support is ordered and paid, then, perhaps months down the road, the mother tells the father the child is not his biological child and she will no longer allow him to see the child—yet there is an order which demands that the father continue to pay child support.

A situation like this is where Disestablishment of Paternity comes in, as a procedure which could end one of two ways: the court will determine through DNA tests that the child is not the father’s biological child, and the father will then have to file for termination of all support obligations to the child. If it turns out the father actually is the biological father of the child, child support will continue, and the father may decide to petition the court to try and get some type of regular visitation rights.

The following conditions must be met for a man to disestablish paternity:

The Unintended Consequences of Disestablishment of Paternity 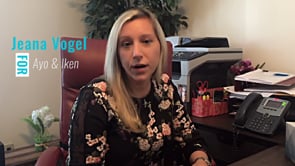 It is obviously both financially advantageous and understandable for a man who is not allowed to see the child he believed was his biological child, but who is legally responsible for financially supporting that child, to disestablish paternity. Despite this, there can be some unintended consequences of disestablishing paternity for the child. The loss of a parental relationship can have long-term devastating emotional consequences for the child caught in the middle of legal battles. The issue goes far beyond finances once it involves a young child’s emotions.

The Process of Disestablishing Paternity in the State of Florida

If a man chooses to disestablish paternity, he must complete the following:

If the court finds the following to be true, the disestablishment of paternity may be granted:

When Disestablishment of Paternity May Be Denied

There are some acts the petitioner could have engaged in after he learned he was not the child’s biological father which could cause the court to deny the Petition to Disestablish Paternity. These include the following:

Relief is Not Retroactive

Even if the petitioner is granted the Disestablishment of Paternity, it is for future relief, not past. In other words, the petitioner may not attempt to recover previously paid child support. In most situations, child support and other legal obligations for the child are not suspended while the issue is pending except for good cause. Once disestablishment is granted, a new birth certificate will be prepared and issued. The child’s last name may be changed at this time if the mother requests such a change. If the Petition for Disestablishment of Paternity is denied by the court, the petitioner will be required to pay for all costs and attorney’s fees incurred by himself as well as by the child’s mother.

First and foremost, the state of Florida has no feelings one way or the other regarding whether you are the biological father of the child in question. The only person in this situation who receives the full benefit of the doubt is the child. The state of Florida wants to ensure the child receives financial support, therefore the emotions—and even whether the situation is “fair” to the father or mother—are not a part of the equation. If you want to have a chance of success in your Petition to Disestablish Paternity, it is important that you realize there is a very narrow window of opportunity. There are strict statute deadlines which have virtually no flexibility.

While it hardly seems fair after you have found out you are not the biological father of a child, you must nonetheless make a good faith effort to comply with child support payments already in place. Once you have decided to fight the child support order through disestablishment of paternity, don’t sign anything or do anything which would continue to suggest you are the child’s father. No social media photos of the child, no talking about how cute or clever “your” baby is, no letters, texts or e-mails. Remember also, that there must be newly discovered evidence—if you had some doubts regarding the paternity of the child when you were ordered to pay child support yet you did nothing (and you voiced those doubts to others), you may not be able to disestablish paternity.

At this point, it is imperative that you listen closely to your Ayo and Iken attorney and follow his or her instructions if you want your petition to be successful. Our experienced legal team can guide you through the complexities associated with the disestablishment of paternity, however, if there is any chance you are not the child’s biological father you must act quickly. Inaction in a case such as this could end up costing you thousands of dollars.

The Requirements to Disestablish Paternity

(c) You must be current on all child support obligations

(d) You have not formally adopted the child

(e) The child was not conceived by artificial insemination

You Cannot Disestablish Paternity If:

(e) You signed a voluntary acknowledgment of paternity

A Roadmap for Success

It is very important to create a proper road map for your case before taking action, refusing payments, or making any statements. Any wrong turn may end up committing you to pay support for the next decade or more. That is why attorney representation is best for this situation.  We can help. The attorneys at Ayo and Iken aggressively pursue what is fair for our clients. We leave no stone unturned while we relentless look for every possible advantage that could help you win your case.