What Non-Citizens in Florida Need to Know about Criminal Convictions was last modified: May 2nd, 2017 by Howard Iken

While a criminal conviction can have devastating impact on anyone’s  life, the potential damage is even greater if you are a non-citizen.  Criminal convictions for many types of offenses can significantly impact your eligibility to adjust your immigration status and result in removal (formerly referred to as “deportation”) and/or exclusion from re-entry.

Depending on the severity and type of crime, there may be negative consequences even for those with a green card or those in the process of naturalization.  Because the impact of a criminal conviction can have such a significant impact on immigration status, we have provided an overview of essential facts that any non-citizen facing criminal charges or subject to past prosecution should  know.

Many non-citizens who are accused of a crime assume that they can enter a guilty plea or accept other forms of disposition like deferred adjudication or some other forms of diversion without experiencing any adverse impact on their immigration status.  If you are not a citizen, it is absolutely essential to carefully inquire of your criminal defense attorney about the potential impact of any proposed plea agreement on your immigration status.  Many criminal attorneys do not handle immigration matters so you may want to contact an attorney in our Port Richey or Tampa offices to obtain legal advice about whether the disposition and offense involved in your case will result in negative immigration effects.   If you have already obtained lawful permanent resident status (LPR), you may still face removal proceedings depending on the specific criminal offense at issue.  When you are just in the process of trying to acquire your green card, the discovery of certain criminal convictions may pose a problem in your moral character evaluation.  There are several types of criminal convictions that may have negative consequences for non-citizens:

The question of what constitutes a crime of moral turpitude for immigration purposes is extremely complicated.  There is no comprehensive list of such crimes nor does 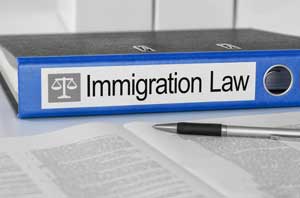 the definition of an offense necessarily make it clear whether it constitutes is a crime of moral turpitude.  In very general and simple terms, a crime of moral turpitude involves crimes of dishonesty, such as fraud or larceny, as well as crimes that involve the intent to cause harm or injury to another person or property.  The issue of determining if a matter qualifies as a crime of moral turpitude is further complicated by the fact that it can depends on the specific language of the state criminal statute.   When deciding whether to accept a particular plea bargain in your criminal case, it is also important to understand that many positive results that do not amount to a criminal conviction can have a negative impact on your immigration status.  In addition to a formal guilty verdict, other dispositions that could trigger immigration impact for a criminal offense include:

The determination of whether an offense is a “serious felony” also can be complicated.  For example, a misdemeanor under Florida law can be an “aggravated felony” depending on the precise sentence imposed by the judge.  While many people would presume that violent offenses would constitute aggravated felonies, they might not realize that this might include offenses like domestic violence.   While an expungment of a conviction may relieve one of the negative consequences of a criminal conviction, this is a fairly murky area that may be affected by whether the crime was a state or federal crime and when the conviction occurred.  Generally, expungments that occur after July 14, 2011 will not  be recognized as eliminating the conviction for immigration purposes.   Our Florida immigration attorneys offer legal counsel and representation in immigration proceedings to non-citizens who have a criminal record or face pending criminal charges.  Call us today at Ayo and Iken to schedule your confidential free consultation at 1-800-469-3486 or email us.