The United States has come a long way since the Great Depression in the 1930s. But laws governing overtime pay haven’t. 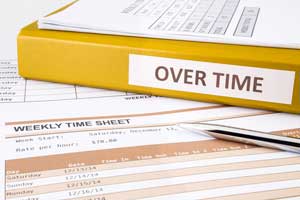 That is the theme from proponents of President Barack Obama’s announcement a little more than a year ago calling on the U.S. Department of Labor to “modernize and streamline” federal overtime regulations. The expected result is to raise the pay threshold for those who qualify for overtime and better define who should be paid time-and-a-half for working more than 40-hours-a-week.

The Fair Labor Standards Act became law in 1938 and provides that employers don’t have to pay overtime to salaried employees who make at least $455-a-week or $23,660 annually. The act also outlines exemptions for employers not to have to pay employees in supervisory roles. The White House referenced the so-called “white collar” exemption for “executive, administrative, and professional employees.”

But the low wage threshold needs to be raised and classification of exemptions needs to updated, according to Labor Secretary Tom Perez.

well-compensated for their efforts. After all, they’ve probably worked hard to earn that title, putting in long hours, perhaps obtaining more education or training to get a promotion. But all too often, these salaried employees are earning less per hour than the employees they supervise,” Perez wrote in March 2014 when Obama announced his memo ordering changes to the regulations.

It’s unclear how much the expected wage threshold increase will be but it is believed that millions of workers will become eligible for overtime. And increases of the threshold are rare with only two hikes since 1938, first in 1975 there was a bump to $250-a-week and later in 2004 it was upped to $455.

But Obama argued the threshold is not in tune with today’s economy putting out statistics that only 12 percent of salaried workers fall below the threshold that would guarantee them overtime and minimum wage protections compared with 18 percent in 2004 and 65 percent in 1975. The Economic Policy Institute, a Washington D.C. think tank, released a study that said an increase of the threshold to $42,000 would qualify 3.5 million workers for overtime.

The National Employment Law Project says in its study dubbed “The Case for Reforming Federal Overtime Rules: Stories from America’s Middle Class”, that the current threshold is below the poverty line for a family of four.

NELP also takes on the “vague definitions” in FLSA’s exemptions in the categories of executive, professional, and administrative employees. Judy Conti writes in NELP’s policy brief that “current regulations afford too much leeway for employers to misclassify employees who are not truly managers in any meaningful sense of the word or who do not exercise independent discretion.”

Most proponents of change to the act point to workers in retail and restaurants who work long hours under titles of manager of supervisor but spend most of their working hours providing customer service or stocking shelves. And employers are not outside the law by not paying them overtime because they fall under the “white collar” rules.

“Some employees spend as much as 95 percent of their time at work doing clearly non-exempt work, but they are still properly classified as an exempt executive and not entitled to overtime pay under the current rules,” Conti wrote. 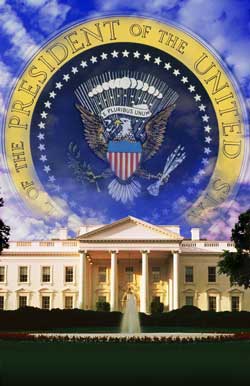 employers, according to Ayo & Iken employment law attorney Sara Evans. The language defining employee titles is complex and in areas vague which calls on the employee to keep meticulous records of the work they do in order to challenge an exemption. Evans said easier to understand regulations will allow employees to better hold their employer accountable.

“Some employers are already working these people to the bare bone. A lot of people are already misclassified and have lawsuits anyway,” Evans said.

Evans said it also remains to be seen how employers would handle changes to regulations. Evans said the work force would likely see a vast increase of employees being moved off salary to hourly wages.

Some in the business world agree and argue that is not a good thing. The National Retail Federation conducted a survey of retail and restaurant managers to find out how they feel redefinition of regulations would affect their careers.

The NRF argues that new regulations “would strip retail and restaurant managers of their salaried status and impose rigid requirements for the time they spend on specific duties during their workday – prohibiting managers from participating in these tasks.”

As a result, 81 percent of managers surveyed said it will lead to negative impact on customer service. The survey found 86 percent of managers “believe that if they were limited in their contribution to the store operations, they would be less fulfilled in their job, primarily because they would be disconnected from their customers. The survey’s conclusion was stark: “these new federal regulations are bad for consumers, bad for business, and bad for careers.”

It still could be many months before any new regulations take effect. It’s been more than a year since Obama issued his memo and the DOL’s agenda marked a release date for February, which has passed. And even when proposed regulations are released there is still a months-long public comment period. We’ll keep you posted.