Home » Division of Assets and Debts

Division of Assets and Debts was last modified: April 2nd, 2018 by Howard Iken

Division of Property in a Florida Divorce

When a  couple gets married, they are not considering the possibility of divorce.  It is with hope and optimism for a long future together that they begin to build a life,

acquiring property and assets.  However, when things happen and one or both parties initiate the dissolution of the marriage, there are many things that need to be divided between the two of them.  The distribution of property can be the focus of a very protracted fight between spouses going through a divorce, so it is crucial to be armed with knowledge and retain experienced legal counsel.

Basic Rules for Division of Property

Florida is an equitable distribution state, which means that the court strives for an equal apportionment of the property and assets of the couple.  The judge does have the discretion to make an unequal award of property depending on the specific factors of the case before him.  These considerations include:

When a court is seeking to ensure equity between the parties, the judge also will consider child support payments, the Parenting Plan and time-sharing agreement between parents, any alimony that will be awarded, and a party’s responsibility for the acquisition of debt and other liabilities during the marriage.

Types of Assets to Divide

In addition to typical property, such as a house, cars, boat, furnishings, clothes and jewelry, artwork, savings and investment accounts, and equipment, other assets are subject to equitable distribution.  This includes all rights, interests, funds, and vested and non-vested benefits relating to:

When a court is looking to distribute property, there are certain determinations that are made 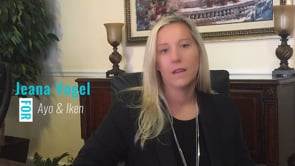 at the outset.  Not all assets are considered marital property.  All property that is acquired by one of the parties prior to the marriage generally is designated non-marital, which also is referred to as separate.  Moreover, a spouse who receives an inheritance or a personal gift during the marriage may exclude that from the marital estate.  The parties also may have non-marital property created through the following:

The designation of non-marital or separate property can be complicated when there has been a co-mingling of assets during the marriage, which makes it impossible for the court to make a clear determination of marital versus non-marital.  At that point, the court simply may rule that the combined property has become a marital asset. Although a court may consider whether one spouse committed adultery when making a determination about alimony, the same thing is not true when looking at the equitable distribution of property.  The only time this might factor into the court’s calculations is when the adultery has resulted in a depletion of marital assets. 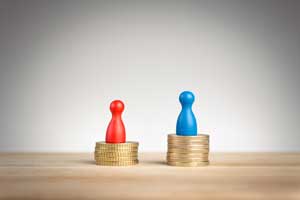 When a marriage ends, there are many different emotions experienced by the parties to the divorce.  It is difficult to look past these hurt feelings and devastation over the destruction of a relationship that was supposed to last until death.  However, staying focused on the distribution of the marital assets and drawing upon clear and impartial evidence to exclude non-marital property and make an argument for unequal division based on relevant factors will enable a spouse to walk away in the best position possible.

Consult an Experienced Florida  Attorney for Division of Property

Florida law involves many different analyses and calculations.  In order to navigate the process, it is critical to retain experienced divorce attorneys.   The knowledgeable attorneys at Ayo and Iken understand  how the law works and will work with you to start your new life with a strong financial foundation.  Zealously representing the interests of our clients in Miami, Orlando, Tampa, Clearwater, Lakeland, Wesley, Chapel, and New Port Richey, Florida, the skilled divorce attorneys at Ayo and Iken are committed to getting a fair resolution for our clients.  This is a very difficult time; we invite you to come to our office for a free consultation, where you can unburden yourself and we can present your legal options.  To schedule an appointment, please call us at 800-469-3486.

Whether you are attacking, defending, or creating a prenuptial agreement, we can help.