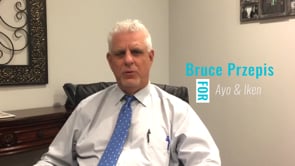 Regardless of where you live within the State of Florida, being convicted of driving under the influence can have serious and sometimes life-altering legal repercussions.  In fact, Florida’s DUI laws are some of the strictest in the country and can dramatically affect someone’s life without the assistance of effective legal counsel.  For example, an allegedly drunk driver may face a DUI-related arrest if a Florida police officer believes that they are too impaired to drive; this is regardless of how much alcohol the person actually consumed.

Moreover, a driver who is aged 21 or older will likely be arrested if their blood alcohol

level, or BAL, exceeds the state limit of 0.08%.  For those who are under 21, a BAL of 02% can also lead to an arrest.  With regard to commercial drivers, they will probably face arrest if stopped with a BAL of 0.04% or greater. Keep in mind that even when a driver is not noticeably impaired, a Breathalyzer test result that results in a BAL of 0.08% or greater is considered to be a DUI-related infraction. In Florida, if a police officer pulls you over under the suspicion that you are impaired, he or she will likely ask for you to take a number of tests, including a field sobriety test (i.e. where you are asked to walk in a straight line, etc.) and a chemical test, such as a Breathalyzer.

While you certainly can refuse to take any of these tests, it allows an officer to automatically arrest you, who can legally presume you to be intoxicated.  Moreover, one’s refusal to submit to these tests can be used as evidence against the person in a DUI criminal proceeding.  Once arrested, an alleged wrongdoer will receive a 10-day driving permit.  Once the ten days have expired, their license will automatically be suspended for 30 days. Overall, there are several penalties associated with being convicted of a DUI in Florida.  Specifically, for those who are facing their first DUI charge, the penalties include the following:

For a second DUI offense, the penalties include:

For a third DUI offense, the penalties include:

Should you face more than three DUI infractions, the legal repercussions are even more severe and can include extended jail time, the long-term or permanent suspension of one’s license, significant monetary penalties and other serious complications.   If this is the situation that you are currently facing, or even if this is your first DI-related office, you need a skilled DUI defense attorney to examine the facts of your case and fight for your legal rights.  Never risk working with an attorney who does not have the skills and experience to effectively defend you.

A distinct possibility of multiple DUI offenses is for you to end up with a felony conviction on your record.  When a court declares you to be a felon there are many negative consequences for you and your family.  Those consequences can last a lifetime.

Make sure to work with an attorney that knows the court system within your jurisdiction, regularly practices criminal law, and who knows the law, both inside and out. For more information, or if you are facing DUI-related charges, call one of our experienced attorneys at Ayo and Iken now to schedule your free and completely confidential initial consultation at 1-800-469-3486 or feel free to email us.  We look forward to providing you with superior legal representation.