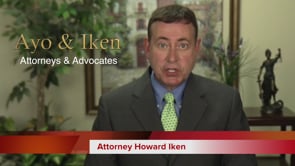 Last year we interviewed Ayo and Iken attorney Bruce Przepis to discuss Florida gun laws and recent proposals by county and city officials to declare their jurisdictions a second amendment sanctuary district. We had an opportunity to interview Hernando County commissioner Steve Champion regarding his proposal, which received unanimous support by all five commissioners on December 17th. Hernando County joins Citrus Lake, Sarasota and Wakulla counties in adopting the measure. But the language varies from county to county. There is even talk of refusing to obey the red flag laws and proposing an option for constitutional carry. That basically means there are no restrictions or permits required to carry a firearm openly or concealed.

Hi, I’m Tom Lemons with the Ayo & Iken Report. Today, we have Dawn McCarty, she is the chairperson of the National Parenting Organization, a chapter here in Florida. And she’s here to talk to me today about some of the things and some of the work she’s doing here in the state to try to correct and bring awareness to laws that just aren’t working equally among parents. And she has a few other things that she’s going to do. She’s going to tell us a personal story of her own that really drove her to enter this type of work. And we’re going to talk about some other things. So Dawn, thank you for joining us today.

Today, we have a very special guest on the Ayo and Iken Report. A woman who has spent a lifetime battling radical feminism, and she actually established the very first domestic violence shelter in the world. Please welcome all the way from London, England, author and activist Erin Pizzey. So Erin, thank you so much again for joining us. First I just want to start by, can you tell us just briefly a little bit about your history, because we have a lot of people in the United States know who you are, but there are some who do not and they would love to know a little bit about your history.

I’m Tom Lemons, and this is the Ayo and Iken Report. Currently, there are over 25 million parents erased from their children in North America alone. That according to Erasing Families Impact Campaign and presented in a new documentary, Erasing Family. Today, we have Director Ginger Gentile all the way from Los Angeles, California, who will tell us more about the film and the trauma that families endure when children are forced to erase one of their parents.

Domestic violence affects people of all ages, gender, races, religions, sexual orientation, and socioeconomic backgrounds. When relationships begin to fail, emotions may run high, which often leads to threatening behavior or acts of violence. Depending on the severity of one’s actions, the consequences could result in civil action or criminal charges. Ayo and Iken Attorney Howard Ellzey is here with us today and he’ll give us some insight into what things to avoid and what to do if you are accused of domestic violence. I’m Tom Lemons and this is the Ayo and Iken Report.

According to the National Institute of Mental Health, nearly one in five Americans live with varying degrees of mental illness. When substance abuse and mental illness are combined, it can have a devastating effect, not only for the user but for their loved ones as well. Either factor can strain a relationship to the point of divorce. And when that happens, attorneys find themselves caught between doing what’s best for their client and finding solutions to help the underlying issues. Ayo and Iken attorney Crystal Phillips is with us today, and she’ll talk about these issues and how women are affected by divorce and child custody. I’m Tom Lemons and this is the Ayo and Iken Report.

Until recently, family law cases involving same sex couples was a complex area of practice, not only for the client but for attorneys and judges alike. Today we have Ayo & Iken attorney, Jason Coupal, who specializes in same sex divorce and custody cases and he’ll give us some insight into how the courts are becoming more familiar with the LGBTQ community. Jason is also passionate about legal history, so we’ll talk about the differences in common and civil law, as well as other judicial systems around the world. I’m Tom lemons and this is the Ayo and Iken Report.

The Solution to Language Barriers with the Legal System

It’s estimated that over 25 million people in the United States have difficulty with English or can’t speak the language at all. As immigrants pour into the country, the need for translators and interpreters is on the rise. And companies like CCI Group in Orlando, Florida, know all too well how language barriers impede communication, especially when dealing with the legal system. During a recent interview with CCI Group President Indy Vega, she explains how her company helps attorneys and government agencies overcome communication difficulties.

Most Say Police Should Wear Body Cams Despite Privacy Concerns

It’s videos like these that has people asking, “Why doesn’t every law enforcement officer wear a body camera?” Body cameras, or BWCs, are used by a growing number of law enforcement agencies in Florida. There are nearly 1600 Miami-Dade and about 640 Miami Beach police officers currently wearing BWCs. Here at Miami-Dade police headquarters in Miami, Florida, we spoke with Detective Alvaro Zabaleta who told us that the use of body-worn cameras has reduced the number of non-compliance allegations from 22 last year, down to just one in 2019.

Women’s Suffrage, the Civil Rights era, and Roe v. Wade are three of the most profound transformations in U.S. history. Although two of the revolutionary victories for equal rights were long overdue, the right for women to terminate a pregnancy was not as celebrated or gratifyingly acknowledged by everyone, and nearly 50-years after the landmark decision, states are beginning to pass radical legislation to restrict and ban abortions altogether or allow late-term and even post-birth abortions.

Divorce and child custody battles are far from uncommon but it’s the tug-of-war over who gets primary custody of the children that turns a routine dissolution into hostile conflict, and like pawns in a game of chess, a child’s feelings often become irrelevant and expendable.

Florida’s Law on Relocation of Children

We found Attorney Bruce Przepis at his desk and asked him to give a quick description on our legal issue of the day: What is the law in Florida on relocation of children. Mr. Przepis gives a quick, informative overview of when the law applies, and how it is applied.

A Former Client Speaks Out on Alimony Reform

Alimony reform has become a hotly contested, multi-year issue in the Florida Legislature. In our series of interviews with people that have been through the alimony process we plan to feature unrehearsed, unscripted interviews with individuals personally impacted by by both sides of the alimony controversy. Our thanks to Dorothy Williams for sharing her experience with alimony and the Florida court system.

How Long Do I Have to be Married to Get Alimony in Florida ?

A common question many people have is: How long do I have to be married to get alimony in Florida? The answer can be complex and uncertain but their are some easy to understand ground rules for alimony claims in Florida. Watch this informative discussion with Attorney Kristal Knox on how the length of marriage affects alimony claims during Florida divorces.

Moving your child out of the area, or watching as the other parent attempts to move is the closest thing to begin caught between a rock and a hard place. On one hand the primary parent may need the income of an out-of-area job. On the other hand, the parent left behind will permanently have their parental relationship changed in a negative way. There are many factors to moving a child after divorce in Florida – and many things to consider for both parents. Attorney Kristal Knox discusses some requirements and also describes a particularly difficult situation for one parent.

What is a Trust

Trusts are a mystery to most people. The a Florida Trust is one of the most beneficial planning documents there is. It can help both people with substantial assets, and people with more modest means. Jason Ponder takes you through a common sense, down to earth discussion about Trusts, what they can do for you, and the most common types of Trusts.

When Does an Employer Have to Pay Overtime?

Many employers in Florida violate the law when it comes to paying their employees overtime wages for the work that was performed. Many times, they do this out of ignorance of what the law requires. Some employers refuse to properly compensate their employees when it is brought to their attention. Our attorney Sara Evans discusses common situations and how to address them.

How to Win an Alimony Case

Alimony is one of the most hated, feared, desired, and fought over subjects in the Florida courts. No one word in the domestic relations legal system raises stronger opinions. Attorney Alberto Ayo discusses his viewpoint on Florida alimony cases and what it takes to win them. Watch this interested video on Florida alimony law and the best ways to approach a alimony case.

How to Win a Custody Case

We all know that a child custody case in the Florida courts involves one of most critical issues you can face in your life. Whatever the court decides will shape and color your future as a parent, change the way your child looks at you, and the way you respond to your child. Watch this timely interview with Attorney Jennifer Schulte to learn some tips on how to win your custody case.

Why You Need a Will

Wills are a subject that nobody wants to discuss. But almost everyone should have a Will. Attorney Jason Ponder discusses the practical side of Wills, what they can do for you, and why you may want one. Watch this in-depth, candid discussion of how a Will can benefit most people.