Arrested for a Drug Crime? – Don’t Talk to Police was last modified: May 7th, 2018 by Howard Iken

Do I have to talk with police?

Upon an officer’s request you should immediately give your correct name and show any requested identification. Other than that you have  no obligation to talk with police. You should always be polite but also state in a clear manner that you do not want to talk without the presence of your own attorney. That is a key phrase that will invoke your constitutional rights. The vast majority of police will terminate attempts to talk to you after you make that request.

When you are arrested for a drug possession, drug dealing or drug trafficking offense in Florida, you face the prospect of severe penalties including incarceration in jail or state prison, substantial fines, a criminal record, mandatory substance abuse treatment and/or education, probation and other serious consequences. This is a time to be quiet and resist your natural urge to talk to police.

The seriousness of the potential penalties associated with a Florida drug conviction is reflected in the fact that a study conducted by the Pew Center on the States found that those convicted of non-violent drug offenses in Florida served almost 195 percent more time in 2009 than they did in 1990.  The researchers also found that Florida saw the greatest increase of any state in terms of the time served for drug offenses during this period.  While these high stakes accompanied with the natural anxiety associated with being arrested for a drug crime might make it tempting to explain your side of the story to the police, this is not advisable unless an experienced Florida drug defense attorney represents you during the discussion. 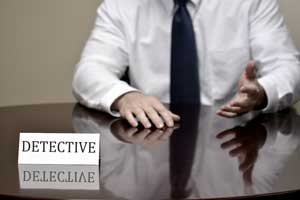 Many people who are arrested instinctively feel that if they can just explain their side of things or provide an appropriate justification for their action, they will not be arrested and charged with a drug crime.  This false assumption is based on a misconception about why police officers interview (interrogate) suspects.  The primary purpose of a law enforcement interview is to obtain information that may provide probable cause for an arrest or probable cause to conduct a search of the arrestee’s home or other property.  In other words, the officer is hoping you will supply the necessary evidence to justify a lawful arrest and facilitate an effective prosecution.

If you don’t know it already, police officers are not your friend and will never be your friend. If you are reading this article, you are a long way from the time in elementary school where the teacher explained how police can be your friend. In any investigation, arrest, or any other type of detention – the police have one goal and only one goal: to make the arrest “stick.”  They are not looking for ways to feel sorry for you. They are not looking for reasons you are a good person. There is absolutely no up side to explaining your story.  But there are many, many down sides.

Although there are many popular televisions shows and movies that depict officers indicating that the best way to improve one’s situation is to talk to the police.  The reality is that this is a fact finding enterprise for the police so you are helping the officer if you discuss the case without your Florida criminal defense attorney.  Police, detectives and other law enforcement officers typically have specialized training and extensive experience conducting interrogations so you are at a distinct disadvantage when you attempt to handle such an interview without legal advice.  Further, officers sometimes push the legal limits during such interrogations, but this can be difficult to prove if it becomes a matter of your word against that of the law enforcement officer.

A common mistake made by those arrested for Florida drug offenses is to presume that the information discussed cannot be used in a criminal trial because the arrestee has not been Mirandized.  However, there is no requirement that all statements by a suspect follow a Miranda warning.  Law enforcement officers are only required to issue a Miranda warning if you are “in custody.”  In simple terms, this means that a reasonable person would not think that he or she is free to leave.  Because you have both the constitutional right to have counsel present during questioning and to remain silent (also referred to as the “right against self-incrimination”), most Florida criminal defense attorneys will recommend that you clearly and repeated articulate both requests.

Because a person receives the protection of Miranda rights once an individual is in custody, you might want to ask whether you are free to leave or whether you are under arrest.  If the officer indicates that you can leave, you should do so and promptly contact a our office.  If the officer says you are not free to leave, then you need to again articulate that you do not want to answer any questions until you have an attorney with you during the interview.

Whether you have been formally arrested and charged with a drug crime in Florida or you are merely the subject of an investigation, the police are counting on the fact that you will forgo your right to counsel and against self-incrimination so that they can obtain valuable evidence.  Officers frequently delay giving a Miranda warning until they have no choice because of concerns that a suspect will exercise these powerful rights and refuse to provide useful information.

The Only Discussion You Should Have With Police

The only information that individuals are required to provide to the police is identifying information like their name, age and driver’s license.  This should be done in a respectful and direct way.  It does not help to be witty, rude, or clever. That type of behavior will only get you bad treatment. You have the absolute right to refuse discussion on any other topic. A realistic approach with police is the simply state “I do not want to discuss anything until I see an attorney.” That “magic” combination of words will normally shut down attempts at discussion. The police are not your friends and do not have your best interest at heart. A common tactic of law enforcement is to express concern about you and the need to get you the help you need.  In reality, if you were able to read the officer’s mind, the “help you need” is a stay in jail or prison.

The Only Words You Should Put in Writing

What if You are Arrested and Placed in County Jail?

Everything you discuss in person, every call you make, and every email you send is 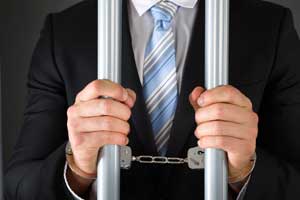 recorded, catalogued, and indexed by the jail. There are vendors that specialize in assisting police and sheriff detention deputies with monitoring and analyzing inmate communications. Any admission or fact you write, speak, or email can later be used against you.

A Simple Summary on Talking to Police

Do not talk to police. If you did speak with police, stop it right now. Don’t write anything for police. And don’t sign anything. Resist your natural urge to get people on your side or explain what just happened. It is really simple: Don’t talk and don’t write.

Ms. Claudia Blackwell is a new attorney on our case, from the same law firm of Ayo & Iken, due to our current attorney being on maternity leave. My case is a couple of years old, and Ms. Blackwell has only been on this case for a few weeks. However, the way she represented me in court yesterday, is the exact way I wanted to be represented. She showed the same passion and tenacity me and my family feel towards this case. From the day we met, to the communication in the interim, and finally her representation in the court room. The services from Ms. Blackwell are superb to say the absolute least. Thank you, Claudia!