Adultery and Divorce in Florida was last modified: February 21st, 2018 by Howard Iken

Adultery and Divorce in Florida

The role of adultery has diminished over time in Florida divorce cases. Florida is a no-fault state and therefore adultery does not affect most decisions. If the adulterer spends marital funds or uses marital assets in the course of their behavior – that will affect the decision of the court. Adultery can also impact custody and alimony decisions.

The reasons why a marriage fails and the parties divorce are numerous. Oftentimes, divorcing spouses find that they are no longer compatible with one another and do not enjoy one another’s company as much as they used to. Whether this is due to a 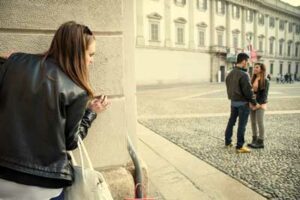 change in financial or familial circumstances, money, or infidelity, Florida (like many other states) has adopted and permits “no fault” divorces. “No fault” divorces are those which permit either party to ask the court for and obtain a divorce based only on a finding of incompatibility between the parties. In other words, the fact that one party engaged in “bad behavior” (such as gambling, wasting the couple’s resources or infidelity) does not impact the ability of that party to file for or obtain a divorce.

However, this does not mean that the actions of the parties prior to a divorce are irrelevant. For example, whether one party engaged in adultery can be considered by a court as it makes various decisions and determinations throughout the course of a typical divorce. An ex-spouse who has engaged in adultery may find that the court’s decisions regarding the division of property, alimony and child support awards, and even child custody can be influenced by the existence of adultery in the marriage.

What is the Definition of Adultery?

Simply put, adultery is defined as voluntary sexual intercourse between a married person and another who is not his or her spouse. If the other person is also married, then that person is also committing adultery. In Florida, adultery is technically a crime (although it is rarely prosecuted).

So for example, suppose Russell and Janelle are married to one another. Russell has a girlfriend, Kami, that Janelle does not know about. Russell and Kami frequently

Adultery only exists where there is “sexual intercourse.” Suppose that Russell buys Kami expensive gifts and takes her on lavish vacations, but the two of them never have intercourse. Although many would consider Russell’s actions to constitute unfaithfulness or infidelity, Russell has not committed adultery. A closer question may exist if, for instance, Russell and Kami only engage in oral sex.

Note that divorcing parties are considered married until they are pronounced divorced by the court. In other words, a party does not become divorced just because he or she has filed for divorce. This means that any sexual relationship a party engages in during the pendency of the divorce is (technically) an adulterous relationship. Divorcing parties should be careful about using marital assets to support such a relationship during the pendency of the divorce.

Do I Have to Prove Adultery in Order to Get Divorced?

As mentioned previously, Florida is a “no fault” state when it comes to divorce. This means that a spouse can ask for a divorce at any time and can be granted a divorce regardless of any fault or blame attributable to that person for the failure of the marriage. A party seeking a divorce must only allege that the parties are no longer compatible, and (assuming the court finds evidence of incompatibility) he or she will be granted a divorce.

Using Russell and Janelle as an example, suppose that Janelle finds out about Russell’s infidelity and files for divorce. Her divorce petition should allege that the two of them are not compatible, and she will be entitled to a divorce. Even if she never found out about Russell’s relationship with Kami, Janelle can still allege incompatibility and be granted a divorce. Likewise, even though he would be considered unfaithful, Russell can still file a petition for divorce regardless of Janelle’s wishes and be granted a divorce upon a finding of incompatibility by the court.

How Can Adultery and Divorce Affect the Division of Property?

In general, Florida courts will divide marital property between the divorcing spouses in a fair and equitable manner. This usually results in both spouses being awarded property that, in sum, is generally of a similar value. The court has a great deal of discretion in making this division, so long as the parties are treated in an equitable manner. In most cases, the wrongdoing of one party during the course of the marriage does not impact how the court chooses to divide the marital property. For instance, the fact that the husband was lazy during the marriage or the wife withheld herself sexually from the husband will not likely impact the manner in which the court decides to split the marital property.

Adultery, however, can have an impact on the division of the marital estate 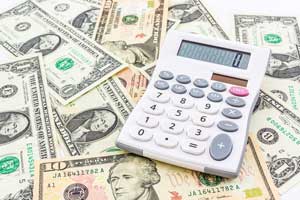 For example, suppose that during the course of the marriage (and without the knowledge of Janelle), Russell sold several antiques and expensive jewelry that Russell and Janelle acquired during the marriage in order to pay the bills and expenses of Kami. Whereas Janelle may file for divorce believing that her and Russell have substantial marital assets, she may be stunned to find that the couple’s net worth and assets are substantially less. When the court is made aware of Russell’s use of marital assets to support Kami, the court may determine to award Janelle a greater share of the marital estate as a way of compensating her for Russell’s squandering of marital property.

How Can Adultery Affect Child Custody?

When a couple divorces and the couple has children, the court must make decisions concerning parenting time, visitation schedules, and who will be the primary residential parent. In all decisions affecting child custody, the court is to be guided by what is in the “best interests of the child.” The actions and inactions of a child’s parents can impact a child’s well-being. For instance, a parent who is an alcoholic can threaten the physical safety and well-being of a child; a parent who constantly yells at his or her child or belittles the child may pose a mental hazard to the child. In either event, the court can take these facts into consideration when ordering a parenting time schedule. A parent may find that his or her parenting time is reduced – or, in some extreme cases, eliminated entirely – if the parent presents a threat to the best interests of the child.

How Can Adultery Affect an Alimony Award? 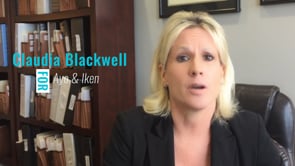 Alimony (or spousal support) can be awarded by the court to one party where there is both a need for spousal support by the receiving party as well as the ability to pay by the payor spouse. This, of course, requires the court to examine the financial situations and circumstances of the parties. Where one party has caused financial harm to the other party because of an adulterous relationship – typically through spending marital assets to support the adulterous relationship or providing gifts to the paramour at the expense of the spouse – the court can take this into consideration along with other statutory factors. 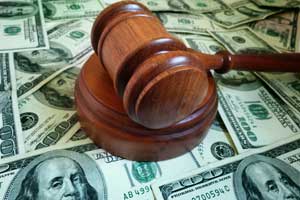 For instance, suppose again that Russell and Janelle are married and Russell is involved in an adulterous relationship with Kami. During the course of the marriage, Janelle saved a substantial portion of her income in a joint savings account. This was intended to serve as a “rainy day fund” for the couple in the case of some unexpected expense. Both Janelle and Russell had access to the savings account, even though Janelle was the only one who contributed to the account. Suppose that, after meeting Kami and beginning an adulterous relationship, Russell was smitten with her and wanted to provide lavish gifts for Kami to show his affection. In order to do this, Russell regularly dipped into the “rainy day fund” in order to buy the gifts and vacations he gave to Kami.

Russell eventually files for divorce from Janelle. At first, Janelle believes she has accumulated a substantial amount of funds in the couple’s “rainy day” account and believes that this will enable her to meet her expenses going forward. When she discovers that Russell has been raiding the account to buy gifts for Kami, Janelle can bring this fact to the court’s attention through a motion for alimony. In evaluating the facts of this particular scenario, the court is likely to find that Janelle has a need for spousal support even though she at one time had a substantial amount of income in savings. Not only this, but in spending the couple’s money on Kami, the court may find sufficient evidence of Russell’s ability to pay alimony and order that he support Janelle with a certain amount of alimony.

Although it is true that Florida is a no-fault divorce state, this only means that either party in a marriage can file for a divorce and obtain a divorce regardless of what amount of fault or wrongdoing that led to the termination of the marriage for which that party was responsible. Even an unfaithful party or a party with vices such as gambling or addictions can file for an obtain a divorce in Florida, so long as a judge finds that the two parties are incompatible.