Welcome to the Ayo & Iken legal roundtable. We tackle the toughest legal issues with down-to-earth commentary you can use from our expert panel of attorneys from Tampa Bay to Orlando.

In this edition, we discuss one of the more difficult issues our attorneys and their clients deal with: drug and alcohol abuse. These are some of the most heartbreaking issues our firm handles as children are often caught in the middle. Our attorneys will discuss how drug and alcohol abuse can affect a child custody case and as you will see it is very emotional for them as throughout their careers they have seen too many families torn apart by addiction.

As a note, you will see that one of our attorneys mentions the Marchman and Baker acts as tools that can be used in these horrible situations, so I wanted to let you know what those terms mean before you get into the roundtable. The Marchman Act is a law that allows for voluntary and involuntary medical assessments of people who may be abusing drugs or alcohol; while the Baker Act is law where a person deemed to be a danger to themself or others by law enforcement can be hospitalized for a 72-hour psychological evaluation.

Can you talk about the role drugs and alcohol can play in a child custody case?

The first thing about that is it is sad, but very pervasive in our society. I don’t think a month goes by in all the years that I have practiced where someone doesn’t come in and weave a tale about their spouse or significant other using drugs. The courts take it very seriously. If it is a serious enough problem we will file motions with the court and if we can demonstrate that a particular party in a divorce or custody case has a drug problem, many times the court will consider granting a motion to have them tested. And that is a factor the courts can consider because a judge wants to make sure where a child is placed is safe and free of substance abuse. For me, my hope always is that person – whether I represent them or is on the other side – will get help, will seek rehabilitation.

Saving Money in a Divorce
Does it matter who files first?
Preparing for Divorce
Hide money before divorce?
Discussion on Alimony Reform
Children Testifying in Court

It is unfortunate but you definitely do see it. You can request the court have someone submit to random drug testing which can be very important. If there is the accusation that someone is using drugs, the court can take that into high consideration because obviously a judge does not want to put a child into a dangerous home situation. Random drug testing can also be important not only to identify if there is a drug issue going on with someone, but testing can also be beneficial for someone to show they have been fraudulently accused of using drugs. I have seen drug testing ordered right in a court room, but usually it takes place over a three-month period where you have to show up within an hour of when it is ordered.

I have a statistic and it is very sad but also very true. I would say at least 30% of the cases handled by the Ayo and Iken legal team have some level of involvement with drug abuse or addiction. Given the type of numbers we handle that is a huge figure. I think the problem is a lot bigger than the public knows. And when you throw into the mix child custody decisions – this all becomes a difficult balancing act for attorneys and judges.

Drug and alcohol addiction can play a major role in custody cases. In cases where one parent is deemed to not have the capacity to adequately take care of a child’s needs, the courts will take that into account. The main interest of the court is the safety and well-being of the child. So if one parent is doing something that makes them incapable of caring for a child, the courts absolutely want to hear about it.

What are the consequences people can face if they are using drugs or alcohol during a child custody situation?

A parent can actually lose time-sharing with their child because of an addiction. That is one of the rare instances where the other parent can actually get full custody and take parental rights if someone presents possible harm to the child. Lots of times the courts will also require supervised visitation if someone is addicted to drugs and even require drug testing in order for that parent to see their child. And that is very detrimental to the child. It is just sad when you see that circumstance. The other parent wants to blame the addicted parent but sometimes it is an illness that needs to be overcome and the person needs to show they can be a productive parent to the child.

Clearly, you can have issues when one or both parents are using drugs. Often, it is not just one parent that may have issues with drugs or alcohol that can affect the children. When that occurs, judge will often act swiftly and impose harsh orders to rehabilitate themselves. However, it is never a lost cause. Parents have rights to their children and have rights to see their children. Even with a drug or alcohol addiction as long as a parent can show the court that they are rehabilitating themselves and recognize they have a problem, ultimately that parents will have rights to their children as long as they continue to better themselves.

Are there mechanisms where you can have people tested for drug use? 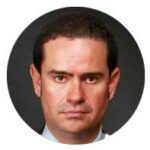 A lot of times there are motions you can file to get someone drug tested. There are also situations where something has happened and judges can order things like hair follicle tests, meanwhile suspending time-sharing with children until the results of those tests can be obtained.

The courts take drug use by a parent very seriously. Courts can order drug screenings, drug evaluations; they can even make you take a drug test while you are standing there in court. A lot times attorneys request hair follicle testing because we all know people know how to beat the system. But hair follicle tests you can’t necessarily fake as easily. If a court finds drugs are being abused by a parent, protective measures will be put into place to ensure the child is safe.

I second what Jeana said about faking. Many experienced drug users find it to be easy to fake urine tests. Some of the most intensely addicted people are also the most sophisticated urine test “evaders.” At the moment the safest thing is a follicle test. Just like Jeana mentioned. But if neither side wants to pay for the higher cost of follicle testing then the element of surprise is also sometimes effective. I am talking about asking the judge to order a urine test to be completed in the next hour

Agreed ! The element of surprise has caught many a cheater.

Addicts notoriously have difficulty being honest that they have a problem, so how do the courts handle such issues and how should your clients?

The most important thing when you have drug issues in a case is the safety of the children. So one of the things I suggest is a safety focused parenting plan which can include drug testing or supervised visits. That is important because unfortunately when there are situations involving drugs it is unpredictable for the children. And even if a person has been sober there can be relapses and we need to account for all of those things when we are trying to protect the children.

With the epidemic of drug abuse in Florida, this certainly is a topic we all want to be aware of. I appreciate our group of professionals at Ayo and Iken for this get together to give us the current pulse on custody cases. I look forward to our future roundtables. Nowhere is this type of information available from so many experienced attorneys. Meanwhile we hope to see our readers come back to the Ayo and Iken roundtable. See you then !