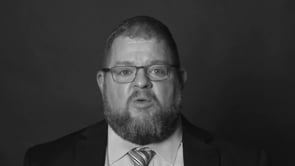 My legal career of more than twenty years has really been a great joy. I faced challenges right away that gave me a great deal of confidence moving forward. I came to seek a legal career through a conversation I had with my grandmother about my grandfather, who passed away when I was very young. My mother had always wanted me to be a doctor but when I left South Florida for college it was not something I was terribly enthusiastic about. I didn’t have an interest in science courses, so it was a little disconcerting. I tried different majors, and eventually, I graduated with a history degree. After I came back from college, I learned more about my grandfather’s career. I knew he had been a teacher for 30 years, but what a lot of people did not know is that he was also a lawyer and had a small practice of his own. He was very interested and eager to discover new things and was the kind of lawyer who gave his all to a case. He really personified the greater aspects of the profession. As I started to learn about my grandfather, I realized we had a lot in common and that is one of the things that led me to pursue the law. I thought maybe he passed something down to me and the law was the best pursuit in which to use my skills. I saw the profession as something where I could do some good and as it turned out I had an aptitude for it. I have an analytical mind and a desire to take on challenges and solve them.

I was working full-time, so I ended up going to law school at night, commuting two hours each way to class. It proved to be quite a challenge but I ended up being top of my class six out of the seven semesters and graduating Cum Laude in 1995, in the top five percent of the class. I had a freshly-inked degree and law license so I decided to take the plunge and go out on my own practicing mostly family law. Meanwhile, just two days out of law school a friend called saying no one would take a case outside Pensacola of a mother with a same-sex partner who had lost custody of her child because of the relationship. It was a very different time then and even though the law said that could not be a factor in such a decision, judges were still finding ways to do so. I agreed to take the case and the idea that an attorney two days out of law school would take on a challenge like that, let’s just say it was frightening. That is what I did though – taking it to the First District Court of Appeal in Tallahassee. I had only been a member of the Florida Bar for about six months when I argued the case, but I ended up winning the case for my first appellate victory. It became kind of newsworthy at the time and a signal to me that I had found my calling.

I really do enjoy courtroom work a lot. It is something that really plays well with my skill set. I have a passion for presenting my case and dealing with adversaries. I have also done a lot of appellate work in the state and federal appellate courts and even wrote a brief for a case the United States Supreme Court, an experience I really enjoyed. Appellate work is a very different experience as it is very hyper-technical. I love learning for learning’s sake, so I enjoy legal research and writing. There is no experience like facing a panel of appellate judges who are peppering you with questions on a particular subject and having to demonstrate your knowledge of the law. In the courtroom, I really find myself drawing upon my strengths in front of a judge or jury and it works very well for me. Nothing makes me happier.

Doing a good job for my clients and leaving them in a state where their lives are enriched or improved. For me it is personal. When I was growing up my parents went through a very, very difficult divorce, the result of which left me without seeing my father for twenty years. It was to me one of the most vicious and bitter experiences of my life, and an example of the way divorces should not be handled. I remember the pain and loss of being in the middle of that so it is incredible when I can help someone solve a conflict or get their lives back on track. I recently handled a very tough case where a mother was not allowing my client to see his child. I worked very hard because I felt for the guy and ultimately the judge awarded him full time-sharing. Outside the courtroom, the father just threw his arms around me and told me I was his hero. At that moment, it was just a confirmation to me that I am doing the right thing in life. That’s where I get excitement. The law profession has been the tool where I can make all of that happen. I think some attorneys do not realize we have a pretty awesome responsibility where we can wield a great deal of power and affect people’s lives in ways that few other professionals can. We are charged to wield that power appropriately in the pursuit of justice. I have taken that to heart. Especially in family law, you have to give 110 percent of yourself because many times you are helping clients through the worst experience of their lives.

I am a massive, massive sports fan. I think if I could spend the rest of my life in a hockey rink watching games, I’d be a happy man. I am a big baseball fan, too. I really love minor league baseball parks. I am also an avid taster of wine and craft beer. I even have an academic background in wine, having taken classes from one of the greatest winemaking schools in the United States. I have traveled the country and overseas extensively over the years tasting great wine and it is just pure pleasure.

A client that retains gets someone with vast experience that aims to outthink the other side. I cannot and will not be defined by a list of standard certifications. But to satisfy those that go strictly by qualifications, here is the list:

Schedule a Consultation with Me