Are you considering a divorce with a major sticking point being alimony? If so, it is imperative that you pay attention to changes to federal tax laws effective Jan. 1 which could drastically affect your finances if you file for divorce after Dec. 31.

Our Ayo & Iken attorneys, area tax professionals, and statewide alimony reform advocates are eyeing the portion of the Tax Cuts and Jobs Act signed by President Donald Trump in December 2017 that removes the ability of an alimony payor to deduct said alimony from his or her taxes, and an alimony recipient to report received alimony as income after 2018.

In the legal community, there is keen interest as to whether this will mean a mad dash to courthouses before the end of the year to get divorces finalized. And on the other side of the coin, in some divorce cases, attorneys dragging their feet to file dissolutions for people who benefit from filing in 2019 due to the new alimony tax laws. 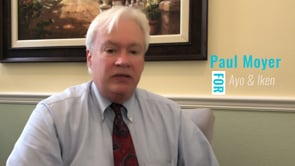 “If you are in a situation concerning alimony in your divorce it needs to be dealt with in a written agreement or a court order by the end of this year if you do not want it subject to the new tax laws. Therefore, don’t wait to reach out to us if this is something you are facing because at the end of this year the tax incentives for alimony are going to change greatly,” said Ayo & Iken Orlando Attorney Paul Moyer. “And for any other questions relating to the actual effect of what all this is going to do to you financially, certainly check with your tax professional.”

It can certainly be a big deal, according to Certified Public Accountant Roger Jacobs. The Brooksville-based CPA told Ayo & Iken he has already been fielding inquiries about the new alimony tax laws to take effect next year.

“It can be substantial for both sides. For the person paying alimony, and the person receiving it,” said Jacobs.

Jacobs believes there could be a strategy within the legal community to deal with divorces involving alimony as the deadline for the new law approaches.

“Generally, if an attorney is representing the alimony payor, they might be scrambling to try to get these divorce agreements wrapped up before year-end because they will still want their alimony to be deductible. Whereas, if representing an alimony recipient, an attorney may like to delay it until after Dec. 31 so that it’s not income,” Jacobs said.

Jacobs said it makes sense for the government financially to enact the new laws, even if it will affect all alimony payors and recipients if their divorce is not final by Dec. 31. (Note: All divorce agreements involving alimony that are final prior to Jan. 1, 2019 are grandfathered in, so they are not affected by the new laws.)

Just because divorces prior to 2019 are grandfathered, however, Jacobs said another thing to note is if there are modifications to an established alimony order, attorneys can state that they want to follow the new tax rules versus the old rules.

“It can affect these new documents moving forward,” said Jacobs. 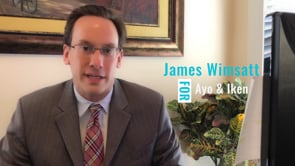 Modifications to existing alimony orders are something our Ayo & Iken attorneys handle regularly as the courts will consider changes based on various arguments ranging from a change of financial circumstances of a payor to possible proof of co-habitation of a recipient with a boyfriend or girlfriend that becomes a financially supportive relationship. So if a possible modification attempt or defense against one is on the horizon, consideration of the new tax laws could also be a factor, according to Ayo & Iken New Port Richey Attorney Bruce Przepis.

Members of a movement afoot in Florida to reform state alimony laws to provide judges with specific guidelines for awarding alimony amounts and setting payment durations are saying that the new changes to the federal law are even more incentive for reform in the state.

For years, several alimony-reform bills have been kicked around the legislature, some making it to Gov. Rick Scott’s desk, only to be vetoed. It is expected that a new alimony bill will be filed following the November election in which Scott is not running due to term limits. The reform movement is very concerned about the new federal laws as well, according to Debbie Leff-Kelapire, of the Florida Family Law Political Action Committee, a PAC seeking alimony reform.

“This is all the more reason that alimony guidelines are necessary not only to prevent needless litigation but now the new tax laws need to be taken into consideration,” she said. “The guidelines in Florida need to be consistent from judge to judge, courtroom to courtroom, throughout the state.” 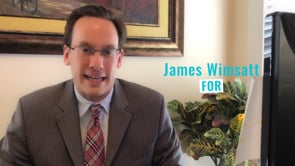 Ayo & Iken Tampa Attorney Lee Feinberg agrees that the new federal tax laws concerning alimony are something of which to be keenly aware.

“This is something that can change your tax ramifications greatly. It is going to change things dramatically,” Feinberg said.

Attorney James Wimsatt, also based in Ayo & Iken’s Tampa office, is urging people not to wait to assess what may happen if their case concerns alimony.

“If you are in a marriage that is going to dissolve relatively soon it makes sense for you to come in and speak to us right away. We can negotiate with the other party and get the financial aspects of the marriage dissolution considered before the year runs out.”