That’s right, instead of walking thousands of miles in dangerous caravans, throwing your children over 30’ walls, or being cramped in a Chinese shipping container, let the Violence Against Women Act (VAWA) pave your way to instant citizenship. That’s just one of many benefits included in H.R. 6545, the resolution that passed the Democrat-led House on April 4th.

With Republicans and President Donald Trump sword rattling with Democrats over building a wall, thousands of illegal immigrants are being granted citizenship with one simple phrase, “I’m a victim of domestic abuse.” Here’s how it works; under the VAWA, a non-resident may be eligible to become a lawful permanent resident (get a Green Card) by claiming to have been battered by U.S. citizen who is a spouse, former spouse, son, daughter, or parent. And the best thing about it is that the alleged victim doesn’t even have to notify the alleged abuser of their actions – they can just simply disappear and self-petition the Department of Homeland Security with an I-360.

But there is an even more disturbing element of VAWA that threatens the safety of children in the United States and abroad. Under certain loopholes, a U.S. citizen child may petition for their adult non-citizen spouse or fiancé to receive a Visa, the same process is allowed with adult U.S. citizens who marry foreign children and legally bring them to the United States. The U.S. Citizenship and Immigration Service estimates that nearly 9,000 young girls entered the United States between 2007 and 2017 as spouses or fiancés to adult U.S. Citizens.

Senators Joni Ernst-R and Diane Feinstein-D are currently working on a bi-partisan Senate resolution to bring an end to legalized human trafficking.

VAWA is a web of Kafkaesque rules, policies, procedures, and in some cases, illogical conundrums that have woven itself into the fabric of nearly every one of our lives, and none of us go untouched by its near $2 billion dollars annual price tag. If you’re of the male persuasion, then you’ve probably felt the adverse effects more egregiously than other “genders.” One need look no further than the title to reach a conclusion that gender equality is amiss. But it’s not obvious that’s currently stirring up trouble in the battle of VAWA, it’s the vast misappropriation of funds, failed or non-existent federal audits, total mismanagement, and in some cases, if not most, intentional misuse of funds, and fraud.

Grassley wrote, “A review of individual VAWA grantee audits that were conducted from 1998-2010 by the Department of Justice Inspector General indicates that the problem with VAWA grantees’ administration and record keeping may actually be getting worse.” Grassley cites the Inspector General review of 22 individual grantees that received funding from VAWA programs. “Of those 22 grantees, 21 were found to have some form of violation of grant requirements ranging from unauthorized and unallowable expenditures to sloppy record keeping and failure to report in a timely manner. Some of these audits are downright appalling,” said Grassley. Frustrated with the findings Grassley writes, “In 2010, one grantee was found by the Inspector General to have questionable costs for 93 percent of the nearly $900,000 they received from the Justice Department. Another audit, this one from 2009, found that nearly $500,000 of a $680,000 grant was questioned because of inadequate support for expenditures. Another audit in 2005 questioned $1.2 million out of a $1.9 million grant.” Grassley went on to say, “Simply put, in today’s economic environment, we cannot tolerate this level of malfeasance in federal grant programs.” But Grassley’s words fell on deaf ears when it came time to vote because once again the price of “pork” outweighed logic and VAWA was reauthorized in 2013. 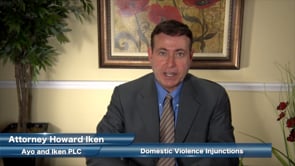 Now with yet another reauthorization hanging in the balances of Senate Republicans and President Trump’s no-nonsense executive power, it might not pass quite as easily as when then-Senator Joe Biden breathed life into the bill in 1994. Especially when Republican Senators begin reviewing the level of malignancy that’s festering behind the walls of hundreds of VAWA non-profit organizations.

As of this March, 77 audits were conducted by the Office of Inspector General since 2010 and almost all of them had some degree of maladministration, unaccounted funding, and in many cases, deliberate coverups and embezzlement.

For example, investigators discovered that $428,309 was paid to unsupported contractors and consultants, during an audit of the Center for Law and Policy in Tucson, Arizona. They also found that employees used $62,089 for personal charges that were not part of the approved budget.

In Fort Thompson South Dakota, the Wiconi Wawokiya Inc., a tribal non-profit for victims of domestic violence, investigators were astonished to discover $5,035,888 in gross questioned costs. It was also determined that $1,743,162 could have been put to better use.

Despite similar findings discovered in nearly all 77 audits, only one resulted in charges being filed against an employee.

On April 11th of this year, U.S. District Judge Troy Nunley of the Eastern District of California sentenced 62-year-old Claudia Humphrey to 6-months in federal prison and ordered to pay $71,423 in restitution for theft and falsifying records. Humphrey was the Executive Director of LIFT3 Support Group Inc. and investigators say she used over $70,000 for shopping, travel, and buying family gifts.

We reached out to Florida Senators Marco Rubio and Rick Scott and are currently awaiting a response from their respective offices.