Home » Blog » 20 Ways to Spot the Psychopath in Your Life

20 Ways to Spot the Psychopath in Your Life

The condition of psychopathy may be one of the most misunderstood disorders, although it is frequently represented in movies, books, and other media. Psychopathy is a complex issue. According to the American Psychiatric Association’s Diagnostic and Statistical Manual, psychopathy is a subset of antisocial personality disorder. Others have argued that psychopathy is a completely separate condition. In either case, it is estimated that between .2 percent and 2 percent of the population fit the criteria for a psychopath, and it is well-documented that men are much more likely to have psychopathic characteristics than women. This means that out of 100 people you know, one is fairly likely to be a psychopath.

Psychopaths tend to be much more criminally active throughout their life than other types of offenders, and are more violent, overall, than non-psychopaths. Interestingly, according to Business Insider, studies conducted by Canadian forensic psychologist Robert Hare indicate that while somewhere around 1 percent of the overall population may be categorized as a psychopath, among the financial services industry, that number jumps to 10 percent. Typically, these “financial psychopaths” work on Wall Street, and may lack empathy or interest in the feelings or thoughts of others, although, on the surface, they can display an abundance of intelligence, credentials, charisma, and charm.

Spotting the Psychopath in Your Life 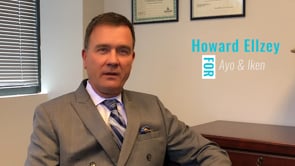 Psychopaths most often look just like anyone else, however, the odds are that you or someone you know has encountered one of these social predators. What is important to remember is that while some psychopaths could certainly fit the bill of a deranged (probably imprisoned) murderer, most psychopaths are more likely to be a co-worker, a friend, your ex, or a family member. What these people may have in common is they constantly leave you feeling confused, doubting your own abilities and intuition. Psychopaths—along with sociopaths and narcissists—have one thing in common. They are all able to make a mentally healthy person feel crazy. Below are some traits which can help you spot a psychopath:

If you have been romantically involved with a psychopath, you were likely left feeling emotionally battered and bruised, unsure of yourself, and unsure of your own self-worth. The psychopath tends to leave romantic partners in a constant tailspin, even to the point where they start wondering if they are the crazy one. It can be extremely difficult to disengage from a psychopath—until they themselves want to disengage, then they will dismiss you from their lives without a second thought.