Home » The Solution to Language Barriers with the Legal System

The Solution to Language Barriers with the Legal System was last modified: July 12th, 2019 by Howard Iken

The Solution to Language Barriers with the Legal System

With the growing number of non-English speaking visitors, asylum seekers, and immigrants coming to the United States, communication is becoming increasingly difficult, especially when dealing with the judicial system or local, state, and federal government agencies.

According to the most recent data released by the U.S. Census Bureau in 2013, a record 61.8 million U.S. residents, including native-born, legal and illegal immigrants, spoke a language other than English at home. Of those who speak a foreign language, 25.1 million (41 percent) told the Census Bureau that they speak English less than very well. Many of those who speak a foreign language at home are not immigrants. Of the nearly 62 million foreign-language speakers, 44 percent (27.2 million) were born in the United States.

The upsurge of non-English speaking or hearing-impaired individuals has increased the need for certified translators and interpreters, like CCI Group in Orlando, Florida. The Company’s CEO Indy Vega explained the importance of hiring a certified interpreter or translator, during a recent interview with the Ayo & Iken Report. 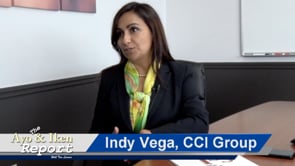 Vega says interpreters and translators are used for various civil and criminal court proceedings, like divorces, injunctions, immigration, asylum seekers, and even more serious situations in which a client is charged with a crime or facing deportation. Vega also says there are situations outside of legal system, where a non-English speaking person may find themselves in trouble while in the United States. “When someone visiting Disney World, for example, and they get into a car accident and there’s nobody at the hospital that speaks Russian, how can the hospital make sure they are providing the right care,” says Vega.

The need for an interpreter or translator is most often used in legal proceedings but sometimes they are used before a client has a formal hearing and is facing criminal charges. “Sometimes police officers are not fluent in Spanish or other languages and during an interview the suspect may say something or agree with something that they didn’t really understand,” Says Vega. This can often lead to serious trouble for unwitting suspects, according to Vega.

Attorneys with the Ayo & Iken Law Firm say they often use certified interpreters and translators when working with non-English or hearing-impaired clients. Attorney Jeana Vogel agrees with Indy Vega and says, “…clients sometimes say things wrong things they do not mean, which is common especially with D/deaf clients (People who are often born deaf or have other family members who are deaf) or with American Sign Language where the noun comes before the manipulation.”

Attorney Howard Ellzey uses certified translators for legal documents filed outside the United States. “In family law cases, if I am serving documents in another country, Germany for example, even if we know the person speaks English, the documents are required by the Hague Convention to be translated.” The Hague Convention was established to protect international child abduction and govern international adoptions.

According to attorney Lee Feinberg, “The whole idea is to make it as easy as possible for a Judge/Magistrate to REALLY understand your client’s position. The easier you make it for a Judge/Magistrate, the better your chances for success will be. Remember, Judges/Magistrates are people like you and I and can get frustrated.   Add to it that they have serious time constraints and you want to make their lives as easy as possible,”

It’s estimated that over 25 million people in the United States have difficulty with English or can’t speak the language at all. As immigrants pour into the country, the need for translators and interpreters is on the rise. And companies like CCI Group in Orlando, Florida, know all too well how language barriers impede communication, especially when dealing with the legal system. During a recent interview with CCI Group President Indy Vega, she explains how her company helps attorneys and government agencies overcome communication difficulties.

Well, CCI Group provides services of interpretation and translation to the federal government and the private sector in over 70 different languages for in-person interpretation, and over-the-phone interpretation we do over 200 languages. Translation is very basic in the sense that is one language to another in the written form though. Let’s say if your clients are coming from another country, they need birth certificates, they need any type of documents that they need to translate. We provide the certified translations for that. For interpreting services is in the spoken form, so interpreters are used in all types of legal settings from injunctions, divorces, all types of court hearings, immigration court for the deportation hearings, asylum seekers. Well, when somebody goes to the hospital for example, and is a person that was visiting Disney and came here, had a car accident, and there’s nobody at the hospital that speaks Russian, how can the hospital make sure that they are providing the right care for that person, that they are not giving that person some medication that is going to make things worse? Now, we mostly provide interpreters for legal proceedings. So for example, if you have a client that’s going to trial and doesn’t speak English fluently, we bring somebody. Even if the court provides an interpreter for the court proceeding, we will bring an interpreter for you so you can communicate with your client during the trial or during the hearing. One of your clients gets interviewed by a detective or a police officer, sometimes that police officer is not fluent in Spanish or the other language that they’re trying to use to communicate with this suspect or this client. And sometimes people end up agreeing or end up saying things that they really didn’t understand. They didn’t fully understand what was asked, and they end up in serious problems.

I was referred by a friend that had an excellent experience with Mr. Iken and when I met with Mr. Iken I realized why she had recommended him to me. Mr. Iken was courteous, friendly, professional, polite and made me feel that I was not just another case file, that I was a valued client. His attention to my case made me feel comfortable with the experience I was enduring. For me, my case was difficult yet he made me feel at ease. He paid attention to every detail and maintained contact often. I would highly recommend Mr. Iken’s professional services to anyone.