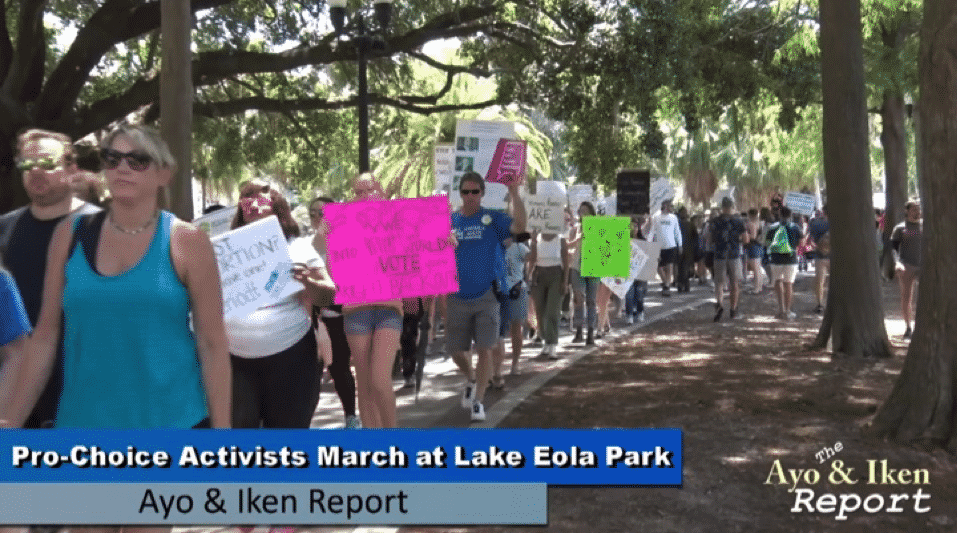 The Ayo & Iken Report was in Orlando last weekend where a large group of pro-choice activists marched from Lake Eola Park to City Hall, in support of women’s rights. A smaller group of pro-life supporters, comprised of several physicians and members of the Orlando Republican Executive Committee also converged in the area, where they held a prayer vigil Saturday evening and protested the opposition’s march on Sunday. Florida State Representative Anna Eskamani tells the Ayo & Iken Report that infanticide doesn’t exist and it’s “illegal.” She goes on to explain, “…that type of rhetoric is inflammatory, inaccurate, and fully designed to continue to perpetuate what are myths around abortion access.” Orange County Republican Executive Activist Committee Chair Todd Catella says he is uncompromising when it comes to life. “I’m here today to defend and protect life, and also to support the president’s agenda. Donald J. Trump is 100% pro-life, and the Republican party is 100% pro-life. So, we are here today defending the unborn, those that have rights that aren’t listened to.”