Dads In Divorce: Now More Than Just A Wallet

Dads are considered an important part of children’s lives, now more than ever. A shift in society has finally filtered down to the divorce process. No longer is the secondary role of “visiting parent” a guaranteed outcome for dads during the divorce process. Thanks to a new way society looks at men, more flexible gender roles, the influx of new, younger judges on the bench, and a fresh generation of family law attorneys, dads are no longer considered a non-essential appendage to the family unit.

In today’s society, the makeup of families is not quite as traditional or cookie cutter as in the past. Marriage is not an essential element in any relationship and society no longer looks down on single-parent households. There are households with one parent, two parents, households in a constant state of flux, and military families that have a hard-wired whirlwind of constant changes. The latest redefinition of what constitutes a household now includes two female adults, two male adults, and also transgender and gay adults. Also, there is no set requirement that a family unit must have more than one adult. These concepts are radically different than previous, outdated definitions of what may have been standard attributes of families. One outdated term refers to the “nuclear family.” The nuclear family was a cookie cutter unit consisting of two parents, one or more kids, and a very traditional household. Those old concepts are faded and forgotten in today’s more flexible arrangements. But one concept has outlasted its validity: the concept that a father in a broken or separated household with children is nothing more than a wallet with two legs. We are finally turning the corner and are within reach of a time where the “Wallet With Two Legs” concept becomes as faded as the idea of a nuclear family.

As a divorce and custody attorney, I practiced during a time when it was assumed the kids would live full time with mom. Dad would get the standard weekend visitation plan, consisting of every other weekend, and one dinner during the in-between weeks. Dad would also immediately begin to pay child support to mom. There was an entire generation of family law judges that assumed this to be the default outcome. The system was so set in it’s ways that many states and court systems published a “standard visitation plan” that included minimal time for dads. It was almost unheard of for moms to be assigned the “standard visitation plan.” Also, many states even had a principle called the Tender Years Doctrine – where extremely young children were automatically expected to live with their moms. Dads who desired a close, continuing relationship with their children were completely out of luck. The state of the law relegated men to a minor role with respect to raising their own children. The same laws envisioned men to prominently fill only one role: the primary source of support for their children. Men simply did not have the same rights as women when it came to children. It was very unfair and deprived men the right to be proper parents to their children. Many men were seen as nothing more than a wallet. They were subsequently relegated to the long-term role of being a non-essential parent. It was almost bothersome to the custodial parent to have dad interfere with children’s events. And the requirement that dad would keep the money flowing became a huge part of their role. 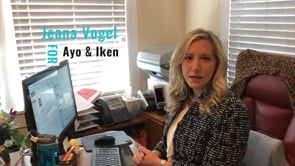 The parenting rights scene has finally turned the corner and dads now have the right to step up to the plate as parents. At least, they can in most states. Just about every state has eliminated gender references in their divorce and custody statutes. On top of that, many states have gone as far as to enact statutes giving preference to equal parenting time for children. The State of Florida narrowly missed passing an alimony reform statute that also contained a revised starting point for child custody decisions: 50/50 parenting time. Across the country, the new wave of statutes and court decisions give credence to a simple principle – that children greatly benefit from having both a father and mother in their life.

There is also a new wave of psychological and child-rearing experts that now reaffirm the vital importance a dad has to his children. Dad is no longer seen as an unnecessary appendage for rather is seen as a critical and continuing part of the family structure.

Also beneficial to dads, there is another process at play in states that have not enacted equal parenting statutes. First, the wave of legislation and attempted legislation appears to have impacted thinking of many judges. Even if the law does not specifically equalize parenting opportunities, judges are more inclined than ever to give full consideration to both parents on a completely equal basis. Another change impacting the judiciary, the fact that judges age out of the system, retire, and make room for younger, more progressive judges. The judges that entered the system a long time ago when the Tender Years Doctrine was applicable are now retiring or close to retirement. The newest crop of judges grew up being a part of the new generation – the generation that accepts our new definitions of what it means to be a family. The new judges are more likely to be part of a balanced, loving, parenting situation. Many family law attorneys are aware of certain judges they consider a “50/50” judge. That refers to judges that begin each case with a mindset that a dad should get equal time with the children.

Finally, the one anchor around the necks of dads that keep them from being parents is slowly becoming a fading concept. Child support obligations traditionally were always levied only on dads and inflexibly kept in place. Dads with large child support obligations were forbidden by courts from scaling back so they could enjoy life as a parent in the same manner as moms always enjoyed. The fact that dads now get equal consideration as parents has brought some relief in the form of lower child support obligations. For the first time in a decade, many judges will now consider rotating custody with zero child support obligations. It is now more acceptable to earn less, be a dad, and look forward to a life of closeness with your children.

We are rapidly transitioning to a time where dads have equal opportunities and equal rights to show love to their children. Kids need both their dad and mom and the courts are finally recognizing that. In many states, dads are no longer seen as a wallet with two legs. And the dream of dads as equal parents has finally arrived.