The Signs, Effects, and Sad Reality of Parental Alienation was last modified: May 16th, 2019 by Howard Iken 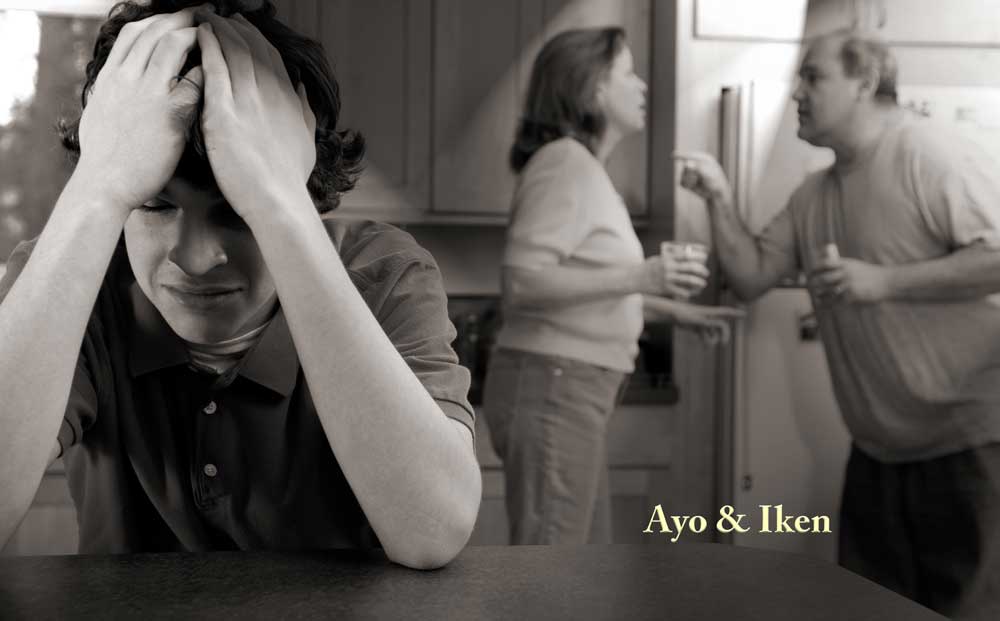 The Signs, Effects, and Sad Reality of Parental Alienation

Divorce and child custody battles are far from uncommon but it’s the tug-of-war over who gets primary custody of the children that turns a routine dissolution into a hostile conflict, and like pawns in a game of chess, a child’s feelings often become irrelevant and expendable.

This form of abuse is called Parental Alienation (PA), which is the process of one parent isolating a child by criticizing and vilifying the other parent. Some mental health experts say this action can cause Parental Alienation Syndrome (PAS), a condition that can result in complete estrangement of the affected parent. Although family court judges rarely accept the clinical definition when it becomes an issue, attorneys like Jennifer Shulte of the Ayo & Iken Law Firm say it is still commonly argued as a form of abuse. Click Below for Video 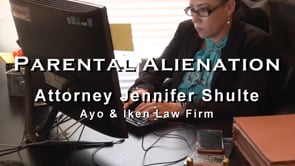 Signs that a child is suffering from PA can range from low self-esteem and self-hatred to depression, and even various forms of addiction, but there are many other side effects, according to psychologist and author Dr. Richard Warshak. Dr. Warshak writes in a 2013 article, “Severely alienated children treat the rejected parent with extreme hostility, disobedience, defiance, and withdrawal. They may resist or refuse contact, vandalize and steal property, threaten and perpetrate violence.” Dr. Warshak goes on to explain, “Often these children behave well with all other adults except the rejected parent and people associated with that parent. By contrast, physically abused children fear the abuser and act obsequious, respectful, and compliant so as to avoid angering the parent. Typically, they do not openly defy or disrespect the abusive parent.”

Attorney Paul Moyer has seen many cases, as Dr. Warshak illustrated, but says they are extremely difficult to prove in court without hard evidence. Click Below for Video 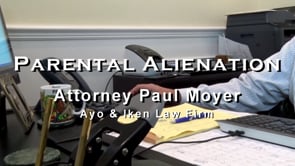 Dr. Warshak advises making sure the accused isn’t just reacting to an isolated incident, before determining if PA is being committed. “Some hurt parents lose their temper with a child who either refuses to communicate or does so only with utter contempt. It is important to differentiate between a pattern of mistreatment and isolated lapses of judgment, between a cause of the alienation and a desperate, helpless, ultimately inadequate response,” says Dr. Warshak.

Attorney Jason Ponder says there is a “clear shift” in how judges’ rule in cases because PA is now recognized by the courts. Ponder says PA is so prevalent that judges are beginning to take a tougher stance and hold parents accountable for their actions. Click Below for Video 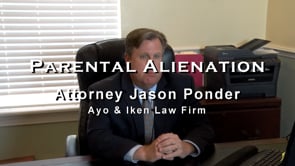 I think anyone who has practiced family law for any significant amount of time can tell you without a doubt parental alienation, as an adjective, as an act, as an event, absolutely takes place, because you can see it. It’s very frustrating. Overcoming it in court can be very difficult. When they came and debunked parental alienation syndrome, as a whole, everybody wants to immediately say, “Oh, it doesn’t exist. It doesn’t exist.” And that’s not true. The syndrome may no longer exist so we may not be able to refer to it as a syndrome, however, parental alienation absolutely exists and we see it happen every day in and out of our courtrooms.

Most experts will tell you that it’s actually a form of child abuse. It is abusive to the child. It causes psychological distress, emotional distress. When you have a two-year-old or a three-year-old, and you have one parent who is confusing them about, even who the other parent is and what role they play in their life, they will often, you will see a parent start alienating the other parent by having a child call their significant other mommy or daddy. It’s a horrific thing to watch. It’s horrific to watch what it does to the child, as well as the parties themselves, and the relationship, and the family dynamic.

It is a real thing. Some parents think that they need their children’s allegiances and we’ll do darn near anything including and going to the extent of lying about the other parent, trying to make the kid feel guilty for enjoying time with the other parent. What really cures that, if there is such a thing as a cure, is time with the parent that’s been alienated.

The problem arises is when they have to go to the alienating parent’s home because then all of a sudden they’re going to have to switch their demeanor. Now they’re going to have to show their allegiances to the other one and all this other kind of stuff. It’s a real shame because all it ends up doing typically is harming the kid, confusing the kid, making the kid anxious and upset for simply trying to get through life and that’s nothing any child should ever have to face.

It’s real and the judges have been pretty receptive to that, but you’ve got to have evidence. You just can’t say, oh, she teaches the kids to hate me. They’re going to have to come up with some evidence to present to the court. That’s sometimes the tough part because a lot of these parents that alienate are very aware and attuned to their audience. If they’re in a store or if they’re at a school function, or if they’re at the little league game, they’ll be on their good behavior and they’ll be all wonderful. But the minute the spotlight’s off them is when the stuff starts to fly.

Parental alienation is probably the biggest influencer on courts, with how things are going to end up at the end of the day. We have shifted, ever since I’ve been practicing, from the idea of everyone should have equal time to children, to judges, who when they hear one parent is doing certain things to kind of alienate a child from another individual, to a complete shift in the opposite direction. I have seen judges, we call, throw the book at people. One judge, in particular, does not take kindly to parents badmouthing other parents.

And I think there is definitely a shift in how decisions are made because parental alienation is now recognized, it is a factor, and courts are sick of hearing it. At the end of the day, you have two parents. Those parents, regardless of what they’ve done and what they’ve said, the kids look up to them, and how they present themselves, and how they decide to be parents will shape and mold those children.