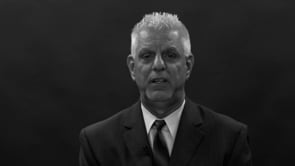 Before I began practicing law in 1986 I had a career in law enforcement, which I think was a natural progression to law school. In 1972, I received my first degree – an Associates in Criminal Justice from Ocean County College in Toms River, New Jersey. I thought the degree would help me land a job as a police officer but with no experience, no agency would hire me. So I joined the U.S. Army and became a military police officer and investigator for three years. At the same time, I obtained a bachelor’s in criminal justice and met my wife who had family in New Mexico. After an honorable discharge from the military, I joined the Santa Fe Police Department. We later moved to Florida and I got a job with the Pasco County Sheriff’s Office as a Deputy Sheriff for two years. However, life in law enforcement began to wear on me. We had our first child, the pay was low, and the danger high. When you have a family your perspective changes. You start thinking about your family and the dangers of working in law enforcement. My family began encouraging me to think about becoming a lawyer. I knew the ins and outs of law enforcement so it seemed like a good fit. I took on the challenge of law school but it wasn’t easy. Law school was tough. It was a lot of work for me to get the grades I needed. But it’s a noble profession so I don’t regret it one bit. My first job out of law school was as a prosecutor for the Florida Sixth Judicial Circuit State Attorney’s Office. It gave me real world legal experience and was a great training ground because you’re in the courtroom all the time learning how to handle yourself. But I didn’t see myself as a lifetime prosecutor and eventually went into private practice.

When I think about my strengths I always point to a case I had early on in my
legal career. I represented a client who had purchased a faulty vehicle from a major automotive manufacturer. The company’s team of lawyers fought me every step of the way and alone I took the case all the way to a jury trial. The jury didn’t find for my client but it gave me an abundance of confidence going forward. I thought I held my own, and the judge presiding over the case told me I had done a good job. It gave me a whole lot of confidence. I felt as though if you can take on a major manufacturer and some of the best lawyers in the world, you can do anything. That confidence soon led me to open my own firm in New Port Richey where I have practiced for 29 plus years now. I feel as though my longevity, experience, and attention to detail on behalf of my clients sets me apart from others.

When it comes to family law, child custody cases are the most rewarding and challenging because lawyers never really know what perspective a judge is going to take. There can be a lot of raw emotions so you have to try to get beyond that and do the best job for your client. One case during my career which jumps out is a client I once represented who sought custody of his children from their mother who suffered from mental illness. It came down to making the tough decision to ask the judge to talk to the children. He did and awarded custody to my client. To this day I am great friends with that client. And every time I see him, even after all these years, he still thanks me for what I did in that case. It’s amazing that after all this time he still feels such gratitude.

I think back fondly of growing up in the Toms River and Seaside Heights area on the Jersey Shore. I have great memories of walking the boardwalk, learning how to surf, and eating pizza as a kid. You might not think it when you meet me but I was a pretty adventurous young man. I played drums in several bands that toured up and down the northeast coast playing gigs. It was the 1970s, so my hair was long and we played Top 40 rock music in bars and at weddings, living out of a suitcase. It was a blast. Those are some great memories. It was a lot of fun. You are constantly traveling and it gets a little crazy sometimes. After years on the road though, I landed back in New Jersey and felt it was time to get serious about a career. It was strange for a guy in a rock band to want to get into law enforcement but that’s what I did. I guess I had sewed my oats and it was time to settle down and start a family. I lived a very full life before becoming an attorney, which I think gives me an interesting perspective on people and on life.

My career has been so long – I am the subject of jokes about the huge number of plaques on my wall. I have had almost every type of experience a good attorney should have. The following list does not remotely show the depth of my career. But to satisfy those that go strictly by qualifications, here is the list:

Request a Consultation with Me