The House Alimony Reform Bill Now Has a Senate Companion 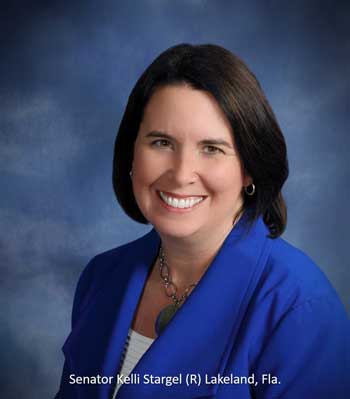 For decades, divorce courts around Florida litigated thousands of contentious alimony claims that many say were severely disproportionate and left one side struggling to survive, while the other enjoyed the quality of life they were accustomed to during the marriage.

There are several proposed amendments that would drastically change the way judges’ rule on future alimony cases, if the Bills can survive what is expected to be staunch criticism by the National Organization for Women and even the Florida Bar, who surprisingly opposed past measures.

Here are some of the major changes associated with the twin bills:

Lawmakers want to eliminate permanent alimony and allow the obligor, someone who is obligated to pay alimony, to retire and not be subject to garnishment from their retirement funds. It prioritizes the use of bridge-the-gap and rehabilitative alimony and limits durational alimony to 50% of the total length of the marriage. It also caps the durational alimony to 25% of the parties’ combined net income and further caps the total considered net income at $300,000. Additionally, the obligee, a person who is owed alimony, will be responsible for purchasing life insurance on the obligor, if they so desire. This removes the burden from the payer being forced to carry a life insurance policy with the former spouse as the beneficiary.

Section two of the proposal allows the obligor to request a modification if he or she discovers the recipient has entered into a supportive relationship. On the flip side, the obligee can no longer request an increase of alimony based on income or assets provided by the payer’s new spouse.

Florida has long-been considered a no-fault state, as it pertains to petitioning for divorce, but when it comes to determining alimony, Florida statute currently allows for adultery to be considered in calculating the amount of alimony awarded. That will all change if lawmakers close the door on the infidelity clause. Attorney and Managing Partner of the Ayo & Iken Law Firm Howard Iken says, “This is an archaic concept that is more punitive in nature.  Removing adultery from the equation concentrates the issue of alimony where it belongs – on restoring one spouse to a productive, financial life.”

Courts will no longer consider a divorcee’s “standard of living” when calculating alimony. If approved, the only applicable factors will be marriage duration, age and emotional condition, earnings and assets acquired during the marriage, and several other basic statutory standards. Attorney Howard Iken says, “This change recognizes that neither party will be living at the same standard post-divorce.  This change also recognizes that both parties generally suffer a decrease in their standard of living post-divorce.”

Another element of the joint proposals is the presumption that shared parenting of minor children is 50/50. Prior language left it up to the courts to decide which parent would presumably be the better primary caregiver, but not anymore. If approved, the bar is set at an equal presumption, unless there is evidence that one of the parents presents a risk to the child. That evidence must be in the form of a first-degree misdemeanor conviction or higher and must include an element of domestic violence. Child support obligation remains unchanged regarding shared parenting. Ayo & Iken Attorney Howard Ellzey says, “I wish a 50/50 presumption would reduce the acrimony and unnecessary alienation of children from parents, but I feel that too many parents who are spiteful and litigious by their very nature will disregard the presumption; meaning, it will have little effect during early litigation phase but hopefully more even-handed results in mediation and trial.  it will just cost to get there.” Attorney Howard Iken says, “At least this change creates a “starting point” for judges.  That means the judges must assume equal time-sharing is the most appropriate in the beginning but then both parents must prove their case if they want a greater share. This provision seems fair. But the inclusion of an equal time-sharing change has sunk the chances of alimony reform year after year.”

Attorney Marc Johnson, who is spearheading the current alimony reform campaign with both the House and Senate, had this to say about Senator Kelli Stargel, “She is a champion for alimony reform in Florida and is highly respected, extremely knowledgeable on the subject matter, and is a fearless advocate. Sen. Stargel pushed prior alimony reform bills through legislature, only to have them vetoed by former Gov. Rick Scott.  We are thrilled to have Sen. Stargel in our corner again, as we struggle to create better alimony guidelines for dissolving marriages.

History of Alimony Reform in Florida